Effort vs. Effortlessness in Meditation Practice 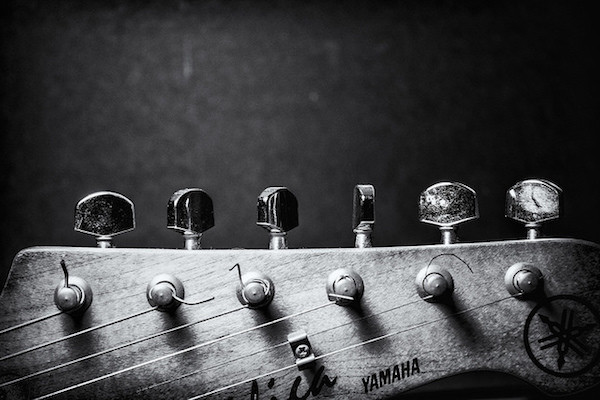 [dropcap]I[/dropcap] started out trying way too hard in meditation practice, and continued to practice like that for a very long time. Waking up was serious business, the most important thing in life, and I threw myself into practice with almost comedic fervor and dedication. The Indian scriptures I was reading at the time tended to reinforce that viewpoint: do anything it takes to get enlightened. You must give it everything you’ve got and more.

Being young and male, I bought right into this “heroic yogi” viewpoint. Nothing would stop me in my epic quest for awakening. Penniless and living in a tent: keep meditating. Starving or deathly sick in India: keep meditating. Even during the sit itself, inattention was unthinkable. Upheaval and chaos in life, work and relationship: don’t get distracted, keep meditating.

This turned out to be effective in my case. I did a lot of meditation and gained a tremendous amount of experience. But meditation practice itself was something that was often tense and stressful as I pushed pushed pushed forward. I just wanted it so bad.

Then when I was working for Sounds True in Boulder (and Louisville) in the 1990s, the neo-advaita movement hit the city like a tidal wave. Suddenly there were big teachers constantly telling this ocean of meditators that no effort was necessary to awaken. We are “always already” fully awake and trying to meditate actually just strengthens the ego. Mediation is bad for awakening! Or so they seemed to say.

Although I understood where this viewpoint is coming from—the truth is that you are always entirely awake, even if you don’t realize it—at the time I wasn’t a fan, and I’m still not much of one. Meditation is really helpful for almost every who practices it. It is true that awakening is not something that you can make an effort to achieve, and trying hard to “get it” can develop into an unhealthy grasping after some nonexistent future state. And it does in fact create a “meditator ego” that you then have to liberate yourself from.

I deeply resonate with the wisdom and humility of the “always already” viewpoint of awakening. It keeps people from making absurd claims about attainments, tends to chill out some of our craving for guru-worship or to become gurus, and gently goads us to look ever deeper for new corners of the mind to awaken. There are always deeper/wider/freer places to explore.

But I also feel that there are some downsides to the “always already” outlook. Most important is that it can easily become a belief that awakening or enlightenment isn’t real. If you’re supposedly already there, but you don’t feel very awake, then what does enlightenment even mean? That is obviously a huge misunderstanding, because it negates the most important thing about meditation practice—the fact that it can actually lead you to real awakening. To be clear: awakening or enlightenment is a real thing that you can experience.

“ Practice hard to gain your liberation.” ~ final words of the Buddha

Furthermore, for some people, the viewpoint that awakening is never achieved becomes an excuse to stay stuck. When you feel bored, or flat, or want to give up, this viewpoint gives you the perfect out, and allows you to wallow in the weeds. I know people who have gotten stuck in their practice for decades for just this reason. Don’t let yourself become one of them.

If we take the opposite viewpoint, that awakening is real (even the “neverending” version) and that we can actually work or practice to achieve it (even though there may always be more awakenings to discover), then it gives us the motivation and orientation to keep going, to continue to strive when things get tough. The grit and determination to keep practicing through great difficulties is one of the most important qualities in a meditator. You have to keep on pushing forward no matter what.

When I talk about trying hard to students, they often protest that wanting to progress in meditation practice is just some kind of grasping or clinging, and that it is something to let go of. (I.e. they whip out the first viewpoint.) Again, it’s not that that is wrong, but it can be taken too far. You definitely don’t want to be striving and grasping during your meditation practice. On the other hand, you don’t want to be so un-clingy and non-grasping that you allow your meditation—which is hard to do, hard to schedule into life, and presents a lot of challenges—to go by the wayside.

“Real practice has no purpose or direction, so it can include everything that comes.” — Shunryu Suzuki Roshi

As a way of pulling rank on those questions, I am fond of quoting the Buddha, who knew a thing or two about meditation. His dying words—literally the last words out of his mouth—were these: “Practice hard to gain your liberation.” He was not mincing words. He’s not saying that practice is a form of grasping, or that if you try too hard you’ll somehow miss the boat. The Buddha is stating in no uncertain terms: practice hard.

It’s difficult to argue with the crystal clarity of that statement. And he didn’t say it as part of some obscure sermon, but as his last words; presumably the statement he thought it was most important for the world to hear. Practice hard.

So, yes, it’s important to strike a balance between what is classically called effort and grace. In the final analysis, awakening is not something you achieve, but something you discover was already there all along. And yet if you have to err on one side or the other, I recommend erring on the side of too much effort, rather than too little.

Here’s how to make that work for you, and keep dedicated effort from becoming a problem.

Don’t Try Too Hard During an Actual Sit—Practicing hard means to make sure you practice everyday; that you make meditation a priority, and that you really put in the effort to fit it into your life. During the actual meditation session itself, however, you want to relax and make sure that you’re not in a state of trying really hard. That creates a lot of tension, and also increases the sense of doing or being the meditator, which is not helpful. So keep up the technique, but don’t push or strain to do it. Find a technique that’s at the right level of difficulty for you.

Notice Windows of Opportunity—There are moments in a meditation session when you’re just completely exhausted with the practice or you feel over it. Assuming you’re doing a practice that you do often, and assuming that normally you have a pretty good sit, then—when one of these states arises—notice and switch gears into almost-effortless mode. Almost-effortless means that you’re still doing the technique, but you’re doing it with the absolutely least amount of “trying” possible. Sometimes you have to ride your bike uphill, but other times it’s important to just coast down the other side.

Practice Actual “Do Nothing” Meditation Sometimes—Some meditation practices are particularly focused on the quality of effortlessness. The goal of the meditation is to do nothing (or almost nothing) at all—which paradoxically turns out to be pretty difficult for most people. Because we do in fact tend to be graspy, driven, and fixated most of the time, Do Nothing meditation (a variation on shinkantaza)  is a great way to notice this tendency and to (not)work with it directly. You can read a full description of the practice here. Notice that, in the sense of making room in your life and taking the time to do the meditation, you are still making effort to do this meditation.

I did eventually learn to let go of such intense drivenness and grasping in my meditation and in my life. That led to major openings, and yet I don’t think that would’ve been the case if I hadn’t also put in years of dedicated effort. Meditation is sometimes referred to as the “middle way,” meaning it constitutes the goldilocks zone between trying too hard and doing no practice at all.

The classic description is that it’s like tuning a guitar (or Indian veena, but you get the idea). If it’s too tight, the strings may break. Too loose and no music results. In the end, the best is to find the spot that is just right between too tight and too loose. It takes self-awareness to notice that you’re trying to hard, or conversely to see when you’re distracted or avoidant. Finding the balance between the two is a continuous practice itself.

2 thoughts on “Effort vs. Effortlessness in Meditation Practice”