Are you feeling stuck in your mindfulness practice? Did meditation lead to big, positive life changes early on, but now years later you’re just sort of treading water with no sense of making progress? Mindfulness meditation is an extremely helpful and useful practice, but that doesn’t mean that it’s perfect, or that it has no pitfalls. In fact, it’s not uncommon for long-term mindfulness practitioners to get stuck in a particularly pernicious dead end, which is called the observer trap. Here’s what it is and how to free yourself from this cul-de-sac.


Many traditions—especially mindfulness meditation—encourage you to observe your sensory experience in a neutral manner. Observe your breathing, observe emotions, observe thoughts, and so on, without reacting to them. This observer technique works really well because it gives you something like an outside perspective on your own experience. You can watch your own mind, your reactions, your emotions, your behavior almost from the perspective of another person, and that is tremendously useful feedback to have. It leads to equanimity, and the tremendous personal growth that mindfulness advocates are always talking about.

Taking this observer stance is so useful, in fact, that many teachers stop there and do not talk about the next important step in spiritual development. But there is a hidden problem with the observer technique, which becomes obvious once you think about it. Who is the observer? Who is this person who is behind the binoculars, watching your experience from the outside? This neutral observer you’ve created over time is actually just another—albeit smaller and less neurotic—version of the ego. It’s the sense of being a person who is doing the meditating. You could also call it a meditator ego or an observer ego. Creating this neutral observer is very useful, but the goal of meditation is not to create a new meditator ego, it’s to see through the illusion of the ego entirely.

It is quite common for even very dedicated mindfulness students in observation-based traditions to get stuck in observer mode forever. I have seen it over and over in my experience. Being the observer, a neutral meditator ego, is not such a bad place to be; certainly it is much preferable to the unconscious, robotic mode of life lived without any self-reflection. However, it impedes all deeper progress toward real awakening. So the only way forward is to let go of the observer ego; to release the sense of being a person who is doing a meditation.

For example, spiritual philosopher Ken Wilber tells the story of his first awakening. It happened at a Zen retreat, in which he was in a deep state of observing his own experience. The Zen master said to him, “The [observer] is the last stand of the ego.” Wilber says that “something snapped” inside him then, and he was plunged into a deep state of awakening. He had let go of the observer ego, of being a meditator, and instead had become the activity of meditation itself.

His story is not so unusual on the path of awakening. You only have to learn how to do it. 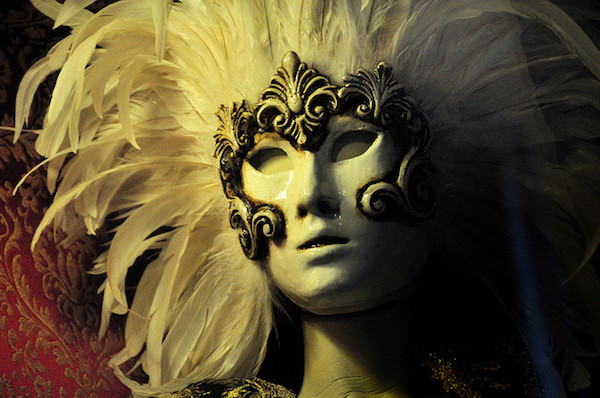 To release yourself from the observer trap, begin by realizing that the observer, however comfortable or habitual, is still just another version of the ego. You’ve spent endless hours watching your breath and your emotions and your thoughts. Now it’s time to watch the watcher instead. You have to observer the observer. You do this, in typical mindfulness style, by carefully deconstructing the components of the observer itself.

This last hint takes a bit of unpacking, because it is somewhat subtle. Most people imagine that awareness is centered in a spot in their head, usually somewhere around the eyes. This is a natural illusion, given that your eyes, ears, tongue, and nose are all located in your head. But if you, for example, feel your foot right now, you will probably imagine that you are somehow feeling it from your head. It’s as if a light of awareness is projecting down towards your foot. In reality, you have nerves in your foot that allow you to feel it right from your foot. (Of course, these sensations are processed in the brain, which is located in your head, but that’s beside the point—you are never aware of that level of brain hardware.)

So it is with the observer ego. It will feel as if it’s somehow located in your head and observing from that point. But that is nothing more than an arbitrary set of physical sensations (probably located around the eyes) that you’ve decided is where awareness is located. Those sensations are also part of the observer ego.

So to overcome the observer problem and get unstuck in your practice, closely observe the sensations (i.e. the thoughts and feelings) associated with the observer ego. This may be very uncomfortable at first, but this is where your many years of practicing neutral observation come to your aid. Here are some hints about how to do this: 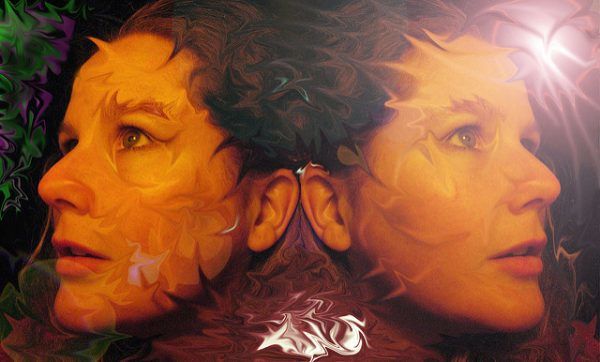 Is there a “Hall of Mirrors”

This critique of the practice is actually a mistaken one. It’s true that, when you first try it, you may notice this infinite regress for a short time. Maybe even a couple of meditation sessions. That can be mildly frustrating. However, if you give up at it that quickly, you’re missing out on the benefit.

If you sit with the practice just a little longer, something very different happens. The mind realizes that this infinite regress is happening, and it drops it. It lets go of the Hall of Mirrors and instead all “mirrors” dissolve into just awareness.

At its best, you will have a very important insight: that you don’t need to generate any viewpoint at all. The Hall of Mirrors only happens because you are making a whole 3D world in your imagination. In this 3D world, you need a position from which to view the observer. But you will realize that this position is both imaginary and not necessary.

Even better, you will have an even more important insight.

The Point Is Freedom


If you observe the observer ego carefully in this way, over time, it will deconstruct in just the same way your big, clumsy, everyday ego did early on in your practice. This deconstruction is much more significant, however. With this unfolding comes deep, lasting awakening.

You might think that you’re just creating another ego which you’ll just have to deconstruct again, but it doesn’t quite work that way. Once you’ve learned how to undercut the sense of being the meditator, you won’t believe or take for granted any new ones that arise. You will know that all sensations of a permanent location for awareness are false. You will know that all thoughts and feelings, even ones about meditation, are just content arising in awareness.

If you are caught in the observer trap, this one mindfulness technique can take your practice from a rote, mechanical stuckness to a profoundly alive and vital experience very quickly. Even if you have spent years of meditative drudgery without seeming progress, this can free you from your fetters. And freedom, after all, is the point.