Nonduality, Stace, and the Analysis of Mystical Experience 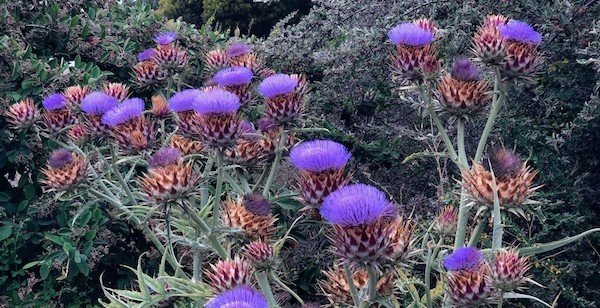 Walter Stace was a British civil servant who became an important author and a pioneer in the philosophy of mysticism. While serving in Ceylon (now Sri Lanka) for many years, including as the mayor of Colombo, Stace became interested in the Hinduism and Buddhism practiced in Ceylon.

Stace wrote a number of serious books on philosophy, and left the Civil Service to become a professor at Princeton in the US. While there, he wrote extensively on the psychology and philosophy of mysticism. It is interesting to note that one of Stace’s contributions to the study of mysticism is the idea that we can write and talk about it, separately from experiencing it—to look at it scientifically.

1. Diminished spatial and temporal awareness
2. Diminished subjectivity (i.e. more objectivity)
3. Feelings of profound joy and peace
4. A sense of divinity
5. Paradoxicality
6. Ineffability, and
7. A sense of oneness, or the “unitive experience.”

This last one is, of course, nothing other than nondual awareness. In his further analysis, Stace singles out the unitive experience as the core quality of mystical experience. As he wrote:

“The most important, the central characteristic in which all fully developed mystical experiences agree, and which in the last analysis is definitive of them and serves to mark them off from other kinds of experiences, is that they involve the apprehension of an ultimate nonsensuous unity in all things, a oneness or a One to which neither the senses nor the reason can penetrate. In other words, it entirely transcends our sensory-intellectual consciousness.

It should be carefully noted that only fully developed mystical experiences are necessarily apprehensive of the One. Many experiences have been recorded which lack this central feature but yet possess other mystical characteristics. These are borderline cases, which may be said to shade off from the central core of cases. They have to the central core the relation which some philosophers like to call “family resemblance.”[1]

Born in the nineteenth century, and a colonial administrator, Stace’s views have been much criticized in the over half century since he published them. His sloppy methodology, willingness to reach conclusions from scanty evidence, and Victorian worldview have definitely not aged well. And yet he was instrumental in bringing a measure of philosophical rigor to the Western idea of nonduality, as well as contributing directly to the development of the many mystical experience scales (especially Hood’s) and questionnaires that are available today. Like Freud, Stace felt that nondual awareness was a reversion to an infantile mind. Most importantly, he singled out nondual awareness as the core characteristic of spiritual experience.