Nonduality, Freud, and the Oceanic Feeling 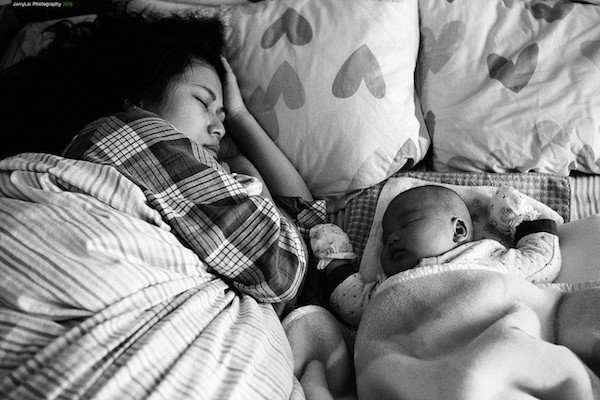 Western psychology has also described something that seems to be the nondual state, although it appears to have been a direct import from India. Freud first discussed what he called the “oceanic feeling”—which is apparently nondual experience—in what is perhaps his most important book, Civilization and It’s Discontents (1929). How this came about is interesting.

Freud’s previous book, The Future of an Illusion (1927) was an attempt to create a psychoanalysis of religion, its origins and its future. In it, Freud rejected all of religion, saying that it is merely a kind of wish fulfillment. Religion was a fantasy focused on the “oldest, strongest, and most urgent wishes of mankind,” for example, the desire to escape death and to live forever. Freud being Freud, he also included the Oedipus Complex, saying that God was the result of a juvenile “longing for a father.”

That would have been the end of Freud’s description of religion, except that—as he explains in the opening of Civilization and It’s Discontents—Freud had given a copy of The Future of an Illusion to his friend Romain Rolland. Rolland, a Nobel Prize winner in literature, had become a major influence on Freud’s work. Rolland read The Future of an Illusion, and wrote back that he doubted whether Freud had actually unearthed the true roots of spirituality.

Rolland, a fascinating figure in his own right, was a renown mystic as well as a writer. Hermann Hesse had dedicated his novel of spiritual self-discovery, Siddhartha, (so important to American hippies in the 1960s), to his “dear friend” Rolland. Well-versed in Eastern mysticism, Rolland had studied Vedanta philosophy through the works of Swami Vivekananda (the chief disciple of Shri Ramakrishna, who we looked at earlier). It is probable that Rolland was well acquainted with the concept of nondual awareness because of his study of Vedanta, which talks quite a bit about nonduality.

Thus when Rolland read The Future of an Illusion, he was unconvinced, and wrote to Freud, saying that he was sorry, but that “[Freud] had not properly appreciated the true source of religious sentiments.” As Freud relates it, Rolland said:

[The true source of religion] consists in a peculiar feeling, which [Rolland] himself is never without, which he finds confirmed by many others, and which he may suppose is present in millions of people. It is a feeling which he would like to call a sensation of ‘eternity’, a feeling as of something limitless, unbounded — as it were, ‘oceanic’. This feeling, he adds, is a purely subjective fact, not an article of faith; it brings with it no assurance of personal immortality, but it is the source of the religious energy which is seized upon by the various Churches and religious systems, directed by them into particular channels, and doubtless also exhausted by them. One may, he thinks, rightly call oneself religious on the ground of this oceanic feeling alone, even if one rejects every belief and every illusion.[1]

Freud admitted that he had no personal connection to this “oceanic feeling,” he didn’t experience it at all. But because of his respect for Rolland—which was immense—he investigated it, and made some interesting connections in Civilization and It’s Discontents. First, he described the solidity and seeming permanence of the ego in the average person. Then he goes on note how anyone who has fallen in love has felt some sense of ego-dissolution and merging with another. There are also the pathologies in which the ego is damaged or disintegrated in some way, as Freud was well aware.

But then Freud went on to do something, well, world-changing. He created a scientific model of the nondual state, based on his developmental model of the ego. Every child starts out in a state of oceanic consciousness, a sea of sensation and emotion with no boundaries at all. They cannot tell themselves from their mother, or any other outside object. The ego is essentially a boundary marker, a delineator of the self from every other thing. The development of the ego over time can be thought of as the sharpening and clarifying of that boundary. As we grow into adulthood, and our ego becomes mature, most people lose the ability to contact the earlier oceanic feeling because they cannot drop the acute feeling of separateness created by the ego. They have lost the sense of oneness with everything and are stuck in their “two-ness,” as it were. Practicing meditation, doing inquiry, and other methods, constitute a path for returning to this original undifferentiated state of the mind, at least for some time.

In placing the oceanic feeling as the earliest stage in development, Freud depicts nondual awareness in an unflattering light—as literally infantile. It is the earliest and most juvenile state of consciousness in a human being. And yet, we could also take this to mean that nondual awareness is the most fundamental aspect of the mind. This view is in accord with both the ancient assertion that nondual awareness is the basis of consciousness. The idea that nondual awareness is always present, within or behind normal waking consciousness makes more sense when we see it as the first “layer” of the mind, so to speak. In an interesting way, it even accords with some traditions’ descriptions of nonduality as (metaphorically, of course) a universal mother that takes care of all needs, and into which we can allow ourselves to “let go and let god,” as the saying goes. The mother image fits well with the infantile nature of oceanic feeling.

Crucially, however, a few people never completely lose the sense of oceanic connection to everything. Freud lumped such people together with a different friend of his who practiced yoga and pranayama, saying, essentially, that they are just lucky and most of us aren’t. He doesn’t seem to have understood or agreed that it may be possible to cultivate nondual awareness on purpose as an adult. Ultimately, Freud rejected Rolland’s position that oceanic feeling is the basis of religion and stuck with his original ideas. Yet by talking about nonduality in such an important book, and granting it a place (albeit a in developmental psychology, as well as untangling nondual awareness’s relationship to the ego, Freud gives nondual awareness a solid home in the realm of Western psychology.

4 thoughts on “Nonduality, Freud, and the Oceanic Feeling”