Dimensions of Focus and Concentration 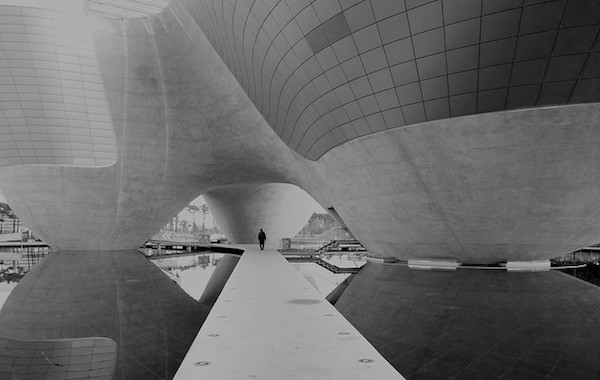 Want to learn how to focus and concentrate? Start here

What do you think of when you think of focusing? For most people it means narrowing the attention to a single point. But actually there are several dimensions of focus or concentration that are relevant. We can think of concentration as having at least three important dimensions:

Width: the Area of Focus

Width of focus means how large the area of concentration is. Most people think concentration is all about focusing on a single, small point (and that is the actual meaning of the word “focus”), a kind of laser beam of the mind. But you may be surprised to learn that it’s possible to have rock solid attention on quite wide areas or objects. An example of this type of concentration would be a shepherd who is guarding her flock high on a hill overlooking a valley. The shepherd doesn’t know from which direction a predator may be sneaking up to take one of her sheep. So she sits relaxing on a rock, her gaze soft and open, taking in the whole scene at once. Her mind doesn’t wander, but neither is it focused on a tiny spot—instead it is broadly spread over a wide vista.

If you are trying to study, in most situations you would be using a very narrow width of focus. The obvious example is when you are reading you are concentrating on one little point at a time. If you are practicing to excel at a sport, on the other hand, that often involves wide focus. Wide concentration allows you to scan for incoming balls or opposing players, which may come from any direction. It’s also a great way to dominate at video games.

In meditation practice, narrow-focus attention (sometimes called “zoom in”) is excellent for examining one small detail of sensation. It’s a powerful way to make distinctions between one sensation and another, by regarding them separately. Wide-focus attention (or “zoom out”) is excellent for covering, for example, the global field of all body sensation at once. Wide-focus is excellent for integrating an entire area of sensation, or monitoring for certain types of sensation that may arise anywhere. For example, if your goal was to watch for a bird in the sky, an effective strategy would be to sit back and gaze at the entirety of the sky at once.

So whether it’s “zoom in” or “zoom out” the dimension of width in focus is important to understand and be able to apply. The core concept is that it’s possible to attend to something, no matter whether it’s large or small, wide or narrow.

Intensity: the Power of Focus 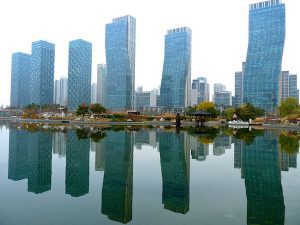 Intensity is not an absolute measurement, but is conceptualized as a percentage of your total brainpower, or what is known as working memory. Most of us can hold several topics in working memory at once, and so the intensity of our concentration on any one topic is something less than 100 percent; let’s say an average of around 33 percent. This is low-intensity focus, and the normal way we live our lives.

There are two basic ways to make this possible. One is to attempt to eliminate all other thoughts besides the object of focus; to eliminate all competition for brainpower or working memory. The other is to keep the same number of thoughts, but to shift brainpower away from the extraneous ones to the thought you want to focus on. The first method is far more difficult for most people. Shutting thoughts on and off at will is an advanced practice, and not that helpful in everyday life. Luckily, the second method can be practiced by anyone immediately, and in the long run can be as effective, if not more.

So the idea of the second method is not to shut down thoughts, or to somehow “stop thinking,” but instead to learn to shift attention towards what you have decided to focus on. At first, you may only be able to shift a small amount of your attention, yet even this is meaningful. You will notice yourself feeling “smarter” even at the start, because it’s so useful to be able to bring more of your attentional resources (your working memory) to bear on a challenge.

As you progress in your concentration training, you will be able to shift more and more of your brainpower to the object you want. If you succeed in removing all attention from extraneous thought, and focusing everything on the object of concentration, you have in fact achieved the same thing as the first method; that is, the extraneous thoughts will be gone. Thoughts that receive zero percent of your brainpower cease to be conscious. That distraction has been removed, and the attention thus saved can be directed to your object of concentration.

The second aspect of concentration is duration, or what is commonly refered to as “attention span.” This is a simple clock measurement of the time spent concentrating. Increasing the duration of your concentration increases your overall level of concentration. Focusing on something for two seconds is twice as powerful as focusing on it for one second. If you concentrate on something with twice the intensity, but doing so is so exhausting that you can only do it for half the amount of time, then you really haven’t gained much. To make use of your intensity of concentration, you have to be able to hold it for a significant duration.

Lack of attention span (i.e. short duration) is a frequent complaint in our society, as well it should be. If you can’t keep your attention on a single topic for a significant length of time, it is difficult to go very deeply into it. Luckily, attention span is much easier to train than intensity of concentration. To increase intensity, even in the easier method described above, takes a lot of discipline. To increase duration, discipline is helpful, but even simple persistence will yield results. In other words, just sticking with your duration training can make a big difference in your attention span.

Duration of concentration will respond quickly to removal of distraction from your environment, and removing yourself from distracting environments. In this way, it is relatively easy to make big gains in attention span, just by stopping distracting behaviors. This is a great way to improve concentration, because it requires only concrete, external actions that are straightforward to implement.

In a way of looking at it, your overall concentration power is a combination of your intensity of concentration and your duration of concentration. In my opinion, they two multiply with each other, rather than simply add together. That is because the combined effects of the two are so much more enhanced that either on their own.

Want to learn how to focus and concentrate? Start here