Take Your Body with You 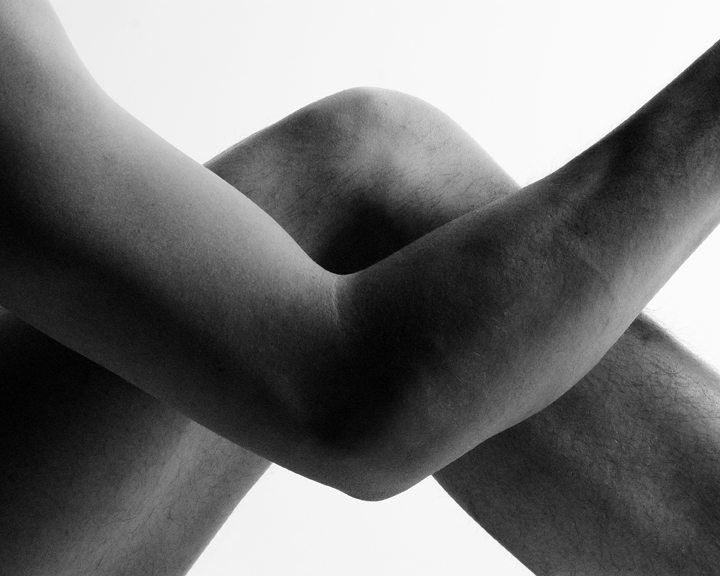 When I was 33 years old, I became celibate. I had always been extremely open to sex, the senses, and my body. The more I studied meditation, however, and the more I learned about karma, purity, and withdrawal of the senses, the more it seemed as if the only way to go truly deeply into spiritual practice was to give up on sex, and give up on the senses. That meant to stop any drinking, stop going out, stop partaking of any negative movies or  music, and to stop doing a lot of “impure” things that I really liked. As a former punk rock iconoclast atheist, that was a hard step to take, and it didn’t actually happen until I was in India and went through a series of heavy experiences that sort of shocked me into it. For almost four years I lived as pure of a lifestyle as I possibly could, including complete celibacy. I gave it my all, with the belief that living that way would profoundly deepen my spiritual practice. In hindsight, I feel that I got a lot out of that period of being “sex-free” (as I called it), but I cannot recommend you following suit. It wasn’t necessary, and actually points in the wrong direction for growth.

What’s the Opposite of Transcendence?

There’s another way to divide up spiritual practices, however, which I think is much more important: “transcendent” versus “immanent.” Probably 95 percent of all religion (or spirituality, for that matter) falls into the transcendent category, meaning that it seeks to transcend the world; to escape the filth, sorrow, and pain of the earth and to get to someplace better. Heaven, an auspicious rebirth, the Elysian Fields, Nirvana—all of these are places/states we transcend to.  Transcendent religions consider this world to be a prison, a madhouse, that we need to ignore, reject, and, ultimately, to escape. This means that we have to close off the senses, shut down sexuality, deny the body, focus on something bodiless and bright (the soul, the light), and pray for release. Obviously, western religions do this by telling us to reject the temptations of this world and to wait for heaven, where things are better. Big sects of Eastern religions are transcendent also, telling us to meditate to get to Nirvana, and to escape samsara, which is just another name for this world. That’s transcendence: overcome this world and your senses and your dirty body and get to someplace better. Get out of the muck.

The second sort of spirituality, the rare sort, is called immanent. Immanent spirituality seeks to embrace creation, warts and all, rather than to reject it. God or spirit isn’t waiting somewhere outside the world, cheering you on to escape this mortal coil, but rather is present in every particle of creation. Everything is not only alive, but soaked with divinity, dunked in Godness, or Goddessness.

I’ve always been naturally attracted to immanent spirituality. Because it embraces the body, delights in the senses, and celebrates creation, it is inherently feminine. Transcenders often despise or marginalize the feminine (including human women), because they see the female as the vessel of immanence, the way we get into this world, as well as the embodiment of the temptation to stay mired in delusion, sex, the senses, and worldliness. If you don’t want to enjoy the senses, feel the body, commune with animals and nature, or be in contact with birth and death, you’d better not have any women around because the feminine is always going to bring you back to earth. Ground you, get you in your body. To me, that’s a good thing, but to almost all religions, or parts of religions, that’s the thing to be avoided at all costs. The myth of Eve and the Garden of Eden is all about how women are at fault for humans being stuck in this veil of tears.

Think of the way that some Western religions have persecuted, hounded, and burned witches, who were just village healers or women somebody felt threatened by. Taking refuge in Orientalism won’t help—even the Buddha said that women cannot get enlightened, and the best that they can hope for is to be reborn as men. Think of the sex-negative, body-negative, art-negative puritanical culture of the United States. My own ancestors were literal pilgrims who fled to America to escape religious persecution, yet brought their own extreme, uptight, paranoid form of transcenderism to the New World and promptly started hanging “witches” (i.e. little girls who were discovering their sexuality).

Celibacy as a Spiritual Path

When I first took initiation into a spiritual path, I naively attempted to become as holy and pure as possible. I was taught that the things I loved in this earth, such as creativity, art, beauty, sexuality, sensuality, and so forth, were inferior and perhaps negative aspects of life. I really tried to embrace that philosophy and live that way, to the point of eventually doing the celibacy thing. While that was an authentic expression, it was unsustainable over time because it required me to suppress and deny so much of myself. That’s a typical transcender move: your body and it’s urges are evil/unskillful/distracting and have to be suppressed in order to make progress spiritually.

With the perspective of decades, I believe that nothing could be further from the truth. We are magnificent organisms that evolved from our ape ancestors through natural selection on planet earth. Our urges, our reactions, our emotions, the way our system functions—all of it is an integral part of our optimal functioning. We cannot separate out a specific aspect of it, like sexuality, and declare that it is a bad thing that we have to conquer, eradicate, control, suppress, or deny. There are not certain emotions which are good and other emotions which are bad. It is true that through transcendence you can reach a kind of enlightened mental state (much more about enlightenment in a later article), but it is a brittle and cramped awakening, one that doesn’t truly smell of freedom. Enlightenment equals freedom, and freedom includes the freedom of the organism to function optimally, the freedom of the body to be the body, exactly as evolution designed it to be.

So even though my pious exertions were, to me, beautiful in some respects, in the long run they would have—and to a great extent did—push me into a spiritual cul-de-sac. The dead end in which so many seekers end up. You transcend the world, you feel above it all, unaffected by the sullied body and its bestial qualities. The trouble is that no matter how far you think you have transcended the body, you are still in one (or, to put it even more strongly and accurately, you are one). It’s often the same people who feel that they’ve overcome their bodily urges who end up having illicit sex with their students, becoming addicts, indulging in orgiastic rituals of consumption (food, cars, and shopping top the list), and all the other sad clichés of a guru’s downfall.

Living Life with Your Body

Such downfalls happen so often and yet the spiritual community acts as if they are an unexpected and tragic mistake. While it certainly is tragic, it’s no more of a mistake than if you believed that your car had transcended its need for brakes. You’re guaranteed to crash, eventually. You cannot transcend your body, because you are a body. Or at least the body is included in what you are. The concept that you are only a soul (whatever you conceive that to be) which has been lowered into a physical vehicle is nothing more than a transcender propaganda. It’s a beautiful idea, in one way, but it misses the point of life altogether, which is to LIVE IT.

5 thoughts on “Take Your Body with You”