Finding Stillness: My Introduction to Meditation 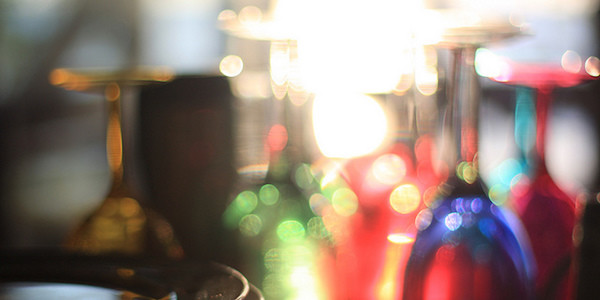 Eight years ago, I was at a diner with a new group of friends—just three months sober—listening to a very animated, awake, and bright young woman share about her experience with alcohol. Her name was Jessica, and she spoke about how when she was drinking underage nothing mattered but the ‘stuff’ and how much ‘stuff’ she had. No matter where she was or who she was with she had this particular obsession about stuff: Do I have enough? Will I run out of alcohol? How will I get more? She was unable to experience the moment or the delight of the party because of that overwhelming, excruciating need to have enough. I realized that I had felt that way, too. I had felt that way about sugar, food, people, alcohol, friendship, approval, love.

[x_blockquote type=”center”]A moment of panic and anxiety swept over me. Is there more? How much more? Can I ask for another drink now or how long should I wait? [/x_blockquote]

As I listened to her, I recalled a memory of sitting with my favorite friend, who I couldn’t wait to see all week. We were drinking late at night, after the bars and stores had closed, surrounded by beautiful music in the heart of San Francisco. As we were sitting on the floor talking and drinking, I noticed my drink wasn’t full and it wasn’t my house and it wasn’t my alcohol.  A moment of panic and anxiety swept over me. Is there more? How much more? Can I ask for another drink now or how long should I wait? As her lips continued to move, I floated up above myself, seeing the two of us together and watching myself in obsession. I had a thought, Is this the best it could be for me? If this was my favorite friend and there was nowhere I would rather be, how could I have this insatiable, deep, and anxious longing to feel even more numb, drunk, and dizzy? What the hell did it all mean?

It took me four more years in sobriety to learn that my phenomenon of craving after taking the first drink is one that most people don’t experience unless they are alcoholic.

Listening to Jessica speak, it was a relief to hear someone explain my story. It softened something in me to recognize that I wasn’t alone or unique. I felt understood. I reached out to Jessica to thank her and she invited me to a weekly meditation sit at her house. But the idea of driving an hour to the East Side of Los Angeles after work and sitting in silence with bunch strangers didn’t particularly thrill me. So I asked several people if they thought I should go. One person said yes, you should definitely go because it will help you with obsession. Obsession? Did I have obsession? What did that mean? I was 25 years old and in the process of ending a relationship where I was deeply and painfully lonely and scared to be alone. 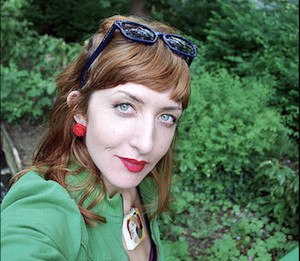 As I drove to that first night of meditation, I took a phone call from my ex, thinking it was my responsibility to boost him up and encourage him to move on and find something new. As he described spending an evening in a diner watching the sun come up with another woman my stomach turned. Why was I engaging in this conversation when my body was telling me I didn’t want to?

I arrived at the house and sat in the car staring at the clock, anxiously waiting until the last minute so I wouldn’t have to arrive early and talk to anybody. At last I walked up to the house and notice all of the shoes people had removed and left in the hallway. People were sprawled along the floor on cushions, leaning back relaxed and casually talking to each other. My new friend Jessica warmly greeted me and introduced me to Michael Taft, the person who would be leading our meditation. I was already anxious from my earlier conversation with my ex, and as I sat down my stomach was flipping out.

Michael guided us to close our eyes, breathe, and connect to body sensations. I went straight to the ball of emotion in my stomach. I felt as though I had a large, thick block inside of my body. As I ‘zoomed in’ deeper to the sensation, it started to shift and change. The large block became a ball of nervous energy, deep in my belly. There was a fiery ball, a mass of sad emotions in my stomach. The actual feeling was tight, distracting, and not so much painful as it was fluttery and uncomfortable.

This was new, my thinking was calm, and I was still. This stillness was something I had never felt before, it was truly amazing in the midst of all the chaos. I noted the rest of my body away from the belly was neutral and free of any tension or emotional body sensation. I guided myself back to my breath and the tightness in my stomach lingered within a specific radius as if I could trace the edges of it around my hips and tucking just underneath the ribs.

As we eased out of our meditation experience Michael invited the room to share any experiences or insights from the process. I was mute. As I listened to other people talk about their process of meditation and connecting to body sensations, I felt foreign to the entire conversation. I was annoyed. I felt like they were speaking a language I would definitely never be able to speak.

I walked up to Michael afterwards, holding him slightly responsible for the discomfort I had just experienced. I instantly gave him a story about my past eating disorder, addictions, the recent breakup, and so on. I thought for sure that he would claim, “Yes this is definitely not for you. You are way too fucked up to be here.” Instead he listened generously and held space for my story. He encouraged me to return next week, and the rest was really a blur.

I walked to my car with all of this new information about mental talk, body sensation, clarity, and something called “equanimity”— a word absolutely not in my vocabulary. It meant the ability to stay calm during a stressful time. Almost everything triggered anxiety in me those days internally. Outwardly I would calmly try to look cool as I thought my heart might explode.

On the car ride home, something happened. I was driving on the 101 freeway and could feel the knot of tension dissipate from my stomach all the way up through my chest. It started in my stomach and I thought, what the fuck am I doing? I wondered Why am I sober? Why am I doing this to myself? Why would anyone want to feel this amount of pain?

I began to sob, holding on to the steering wheel trying to stay in my lane. I started to scream and an enormous sensation of release and panic struck me. Was I going to crash my car!? I couldn’t stop crying, the tears were streaming down my face. I was like a toddler throwing a tantrum on the floor. – I don’t want to feel!, No, I don’t want to feel!

I pulled off the freeway and parked. Fortunately, I called a friend and went somewhere I felt safe to cry and fall apart. Bless that person. I cried and told the story of the meditation, what happened when I stopped and let the stillness in. My friend held my hand and put on The Family Guy. I slowly felt safe to return home, and slipping in to bed I realized, I had surrendered. I was fully present with myself, suddenly calm. There was an interesting sensation of acceptance. It was then that I understood that I would return to meditate again the following week, there was no turning back now. That was merely the beginning of my breakdown and breakthrough. An introduction to the sensations of my body. It was the most authentic and honest experience I’d had in years.

4 thoughts on “Finding Stillness: My Introduction to Meditation”