Can You Make Friends with Entropy? 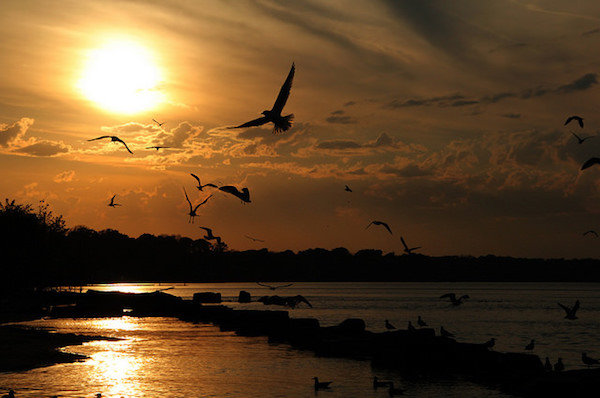 One time as a little kid, I burned my hand on a hot stove. My mom gave me a towel with ice cubes in it to hold. Tears poured down my cheeks as I sobbed. I remember looking at my palm, which was extremely painful, and thinking, “Why me?”

Suffering is an integral part of being alive. Nobody likes it. We’d all want to get completely rid of if if we could. As I said, suffering is just the way it is. But why? Why is suffering such a central aspect of our lived experience? In short: entropy.

The universe is entropic, meaning that all things fall into disorder and decay eventually. Life in the universe does just the opposite, however. The physicist Erwin Schrödinger famously described life as an anti-entropic system—that is it creates order within itself. But eventually, each life, too, must succumb to the travails of entropy. We age and grow old, and this is the result of entropy. We die and our bodies decay, which is also entropy at work.

(Note: Of course, life exists within the universe, so it cannot really escape entropy. An organism only creates order within itself by exporting entropy from within itself to the environment outside and around it.)

Yet lifeforms evolved to create internal order, and thus we have evolved to react to these expressions of entropy as some kind of violation. Just as we react with terror and outrage to something tearing our flesh or poisoning our guts—something is disrupting our internal homeostasis!—we react to even the slow march of decay, disease, and death as something that is wrong or out of place.

Organisms want their internal systems to maintain a smooth, predictable, sustainable homeostasis at all times—which is the opposite of entropy. The universe, with its entropic imperative, is constantly tearing that homeostasis down. Cells make mistakes copying their DNA during division. Cancers form. Diseases invade. The entire system  is one massive struggle against entropy, which it will inevitably, eventually lose. Even our brains seek to make meaning out of chaos, and feel distress when the disorder wins. Moreover, if we are lucky enough to maintain homeostasis for several decades of life, we will begin to see the entropy-based ravages of aging and illness.

Resisting it is why we suffer.

The awakened response to all this is a deep restructuring of our own reaction to entropic processes. They are not insults, mistakes, outrages. They are just the nature of the universe. When things fall apart, don’t resist. Enjoy. As things collapse, notice the pleasure of allowing the universe to be what it is.

Does this mean to become a nihilistic troglodyte, howling with pleasure and rage at the downfall of the world?

Of course not. There is a second part to this response, which is to learn to enjoy the creation of things and the existence of other life forms (i.e. anti-entropic activities) all the more. When you fully embrace that everything will vanish, including you, it’s possible to have a direct, innocent, and much more fulfilling relationship with beings and things coming into existence.

How do you do it? Meditation practice, properly applied, will lead to this restructuring of your response to entropy. On the smallest level, it’s noticing individual streams of sensory activity continuously arising and disappearing. Especially disappearing. On a much larger scale, it’s noticing your own sense of self arising and disappearing. Especially disappearing. Over and over, vanishing into nothingness, and popping back out again. Using concentration skills, high-resolution sensory clarity, and a strong sense of equanimity, you can notice even the whole world, arising from the void, and returning to the void. Not just in some special meditation state, but in normal quotidian moments of the everyday.

There is a sense that you are allowing yourself and the world to collapse into total disorder without resistance. And then watching it reassemble itself, effortlessly. Yielding to the howling void of entropic chaos completely, and then spontaneously reconstructing into perfect order. Over and over.

And that is how we make friends with entropy, and awaken to a world with less suffering.

1 thought on “Can You Make Friends with Entropy?”