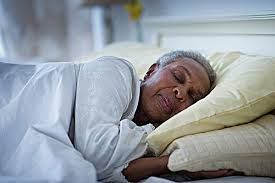 Which Does Science Say Works Better? Concentrative or Nondirective meditation?

Mindfulness. Zen. Meditation drumming. Chakra. Buddhist and transcendental meditation. It evokes eastern mystics and hip elites in California pretending to to leave their corporeal forms behind and achieve some higher state of being.

But what about poor stressed-out wretches that can’t afford to fly in big-name Yogis? What does the research say? Not much.

But researchers would like to change that – fMRI imaging can tell us very little about what is really happening, but it’s a start. The authors of a new paper on meditation say that different meditation techniques can actually be divided into two main groups.

One type is concentrative meditation, where the meditating person focuses attention on his or her breathing or on specific thoughts, and in doing so, suppresses other thoughts.

The other type may be called nondirective meditation, where the person who is meditating effortlessly focuses on his or her breathing or on a meditation sound, but beyond that the mind is allowed to wander as it pleases. Some modern meditation methods are of this nondirective kind.

Fourteen people who had extensive experience with the Norwegian technique Acem meditation were tested in an MRI machine. In addition to simple resting, they undertook two different mental meditation activities, nondirective meditation and a more concentrative meditation task.

The research team wanted to test people who were used to meditation because it meant fewer misunderstandings about what the subjects should actually be doing while they lay in the MRI machine.