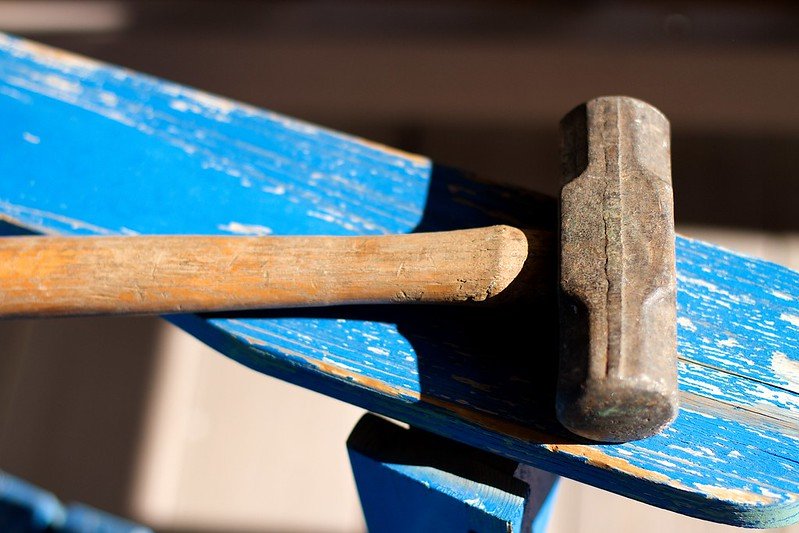 A good friend of mine recently returned to school. As an adult learner, he set a goal for himself to do the best job possible, to ace every class he could. As someone with slight learning disabilities, however, school posed special challenges. There was a lot of reading material, and he had some dyslexia. There were a lot of writing assignments and he couldn’t spell well. On top of it all, there was a tremendous amount of work to do—more than could be done each day. Once he really got a bead on the Everest of assignments he would have to complete, he felt overwhelmed. It felt impossibly huge. Anxiety kept him up nights, and he felt frozen, unable to act and without a clear way forward.

The answer for him was to start making todo lists. Lists of reading assignments, lists of writing assignments, lists of  classes with calendars, lists of actions to take next, and so on. These lists broke the big, unwieldy, terrifying mass of the all schoolwork into much smaller, digestible chunks. Instead of facing a single Mount Everest that was too big to climb, now there were thousands of little rocks he could easily leap over, one at a time. The anxiety he had been feeling vanished and he actually started getting 4-points, something that had been impossible previously. Years later, he is now completing his doctoral degree.

Sometimes subjects are just too big or complex to concentrate on easily. The more you exercise your concentration muscle, and the stronger it becomes, the easier these topics will be for your mind to focus on. Yet, even when that happens, there are external techniques you can use to make even huge and extremely difficult subjects easier to manage. Even a body builder can always use a lever to make lifting a truck easier.

My favorite method for helping to make any topic easier to handle is a little technique I call The Hammer.

The Hammer technique works by breaking big things down into little pieces, like a sledge hammer. It operates on the same principle the Romans used to take over the world: divide and conquer. That’s how the Hammer works. You take a large, complicated, daunting task and break it up into chunks. Each of these chunks is easy to handle on its own. You can do this either mentally, or by creating a detailed lists on a piece of paper. I recommend making lists on paper or device. Getting the list out of your mind and onto an external storage medium also helps relive some anxiety. Each small piece can even be broken down into its own group of much smaller sub-pieces. Once you have taken the task and reduced it to a bunch of bite-sized chunks, it will be easy for you to chew and digest it. Almost any subject or job can be handled effectively using the Hammer technique.

The Hammer is also the basic idea of meditation, particularly Vipassana meditation. Vipassana is a Pali word that can mean “insight,” but can also mean “analysis.” And analysis means to break things into parts. In Vipassana meditation we are taking big complex life experiences, and breaking them down into manageable chunks that we can get a handle on.

The Hammer is a fantastic aid to concentration. Focusing on large, complex objects is difficult. By giving your mind a smaller, simpler object to focus on, you make the job of focusing much easier to accomplish. The Hammer lets you concentrate the entire force of your mind on one tiny spot at a time, while making sure you’re staying on task by managing the structure of the work with a list. The Hammer is a great way to overcome ADHD.

Once you get used to using the Hammer, make it a habit that you use all day long. No matter what the task, break it down into a sequence of smaller tasks and sub-tasks. Then accomplish them one by one. This works not only with topics you may be studying, but even with physical jobs, relationship interactions, conversations, problem solving, and meditation.

The Hammer is not only indispensable for magnifying concentration, it is also great for motivation because you get the positive experience of completion at every little step, instead of only once at the end of a big job. 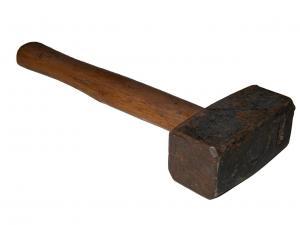 Another benefit of the Hammer is that it  helps you to think and to understand things more completely. Because you are training yourself to break things into parts and then to understand each part thoroughly, you will have a big advantage in comprehending the whole thing

“Never eat anything bigger than your head.” — B. Kliban

Once you have made a list of tasks and sub-tasks, the question often comes up: what order do I do these in? Well, some tasks must be done in a certain order, such as using a recipe to cook. You don’t have much choice with those; you simply do them in the required order.

However, with tasks that don’t have a defined order, I have learned a special trick that is really helpful: do them in order of least avoidance. That is, if you go over the list, you will often find that there are some tasks you really don’t want to do for some reason. Other tasks are not so bad, or might even feel kind of attractive and you’re excited to do them. Rate everything on the list based on how much you do or don’t feel like doing it. Then do all the easiest ones first.

Why? Well, then you’ve already taken care of a portion of the list, and that provides motivation to do the rest.

So next time you have a daunting task to accomplish, try using The Hammer to break it into tiny, easily-doable chunks. The Hammer will pulverize overwhelm, smash procrastination, and reduce ADHD into dust. Learn a language; master a musical instrument; even create a start up! You’ll be surprised how effective The Hammer makes you.

Learn more about how to concentrate

Note: Passana means “to see.” Vi can mean “in,” hence insight. But it can also mean “separately” or “apart,” hence to see distinctions or to analize.

Note: Previously we looked at concentration as iteration. Iteration works very well with the Hammer to focus the mind. You just focus completely on each little chunk, one by one.