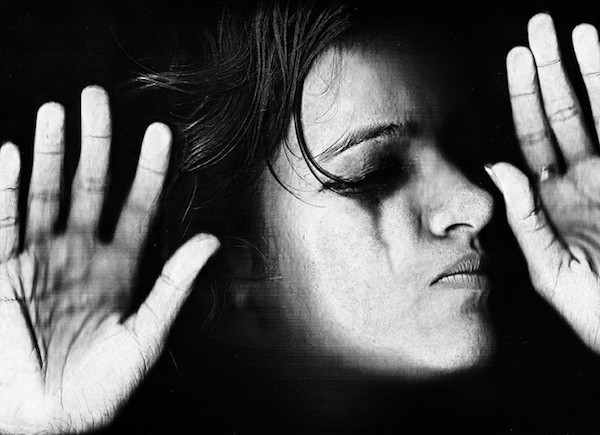 There is a classic story about the Indian monk Bodhidharma, the founder of Zen, that goes like this:

Sometimes this story sounds like nothing more than a practical joke. Assuming, however, that the Zen Patriarch isn’t just messing with Huike, but is actually transmitting a deep teaching about meditation, what is he saying here? And what does Huike mean when he says that he can’t find his mind?

This teaching points to perhaps the deepest teaching of meditation practice. It’s something very obvious, but that almost no one sees, like a fish not noticing the water. It has to do with how we use our attention, what we’re usually focused on, and what we might find if we use our attention in a very specific way. As you might expect, it’s something that can be quite awakening.

Humans typically use attention in one way. We focus our attention on something like pointing a flashlight on an object. You want to see a cup of coffee, you direct your attention, like an arrow, pointing it at the coffee cup. Metaphorically, you can think of the point or tip of the arrow striking the object of attention. All day long, you are aiming your attention like an archer, finding targets of focus and bullseyeing them with your attention.

Once you notice yourself doing this, it’s very hard to stop noticing it. It’s such an everyday thing, and yet using attention like this all the time is somewhat limiting. For one thing, attention doesn’t have to be narrow and pointed like an arrow all the time. Narrow-arrow attention has the advantage of granting high resolution inspection of the object—you can make out a tremendous amount of fine-grained detail when you focus like this. But the downside is that the focus object is removed from its context. That is, you’re not paying attention to the world around whatever the arrow of attention has struck. It is removed from its environment.

There is, however, the possibility of a wide sort of attention that is more like a spray of water than the narrow point of an arrow. Wide attention provides less detail, it’s true, but it has the great advantage of taking in the whole context at once. Wide attention is often discovered by sports players and solders in combat, both of whom have the need to assess their overall context (i.e. have situational awareness), more than high detail focus on a single point

Interestingly, there has been some scientific research which suggests cultural differences in the use of these forms of attention. In the study, American students tended to have narrow focus on a central object, whereas Chinese students were more apt to have attention focused more widely. The researchers postulated a cultural reason for this difference, saying: “this distinctive pattern has developed because of the philosophies of these two cultures. ‘Harmony is a central idea in East Asian philosophy, and so there is more emphasis on how things relate to the whole. In the West, by contrast, life is about achieving goals’” True or not, people in all cultures use their attention in various ways.

So both narrow and wide focus are possible, useful, and compelling in meditation—but there is a third possibility, which is almost always overlooked, and yet has the possibility of being much more awakening than either of the other two. This third type of attention does something completely different than the other two, and is almost completely useless for daily life—which is probably why evolution didn’t make it a very obvious thing to do. Yet it is not hard to do, once you get the hang of it, and it provides almost instant and powerful no-self experience.

The third type of attention makes use of something often ignored in the normal use case, which is that attention is always bidirectional. That is, it not only goes out towards an object, but at the same time also points towards the source of attention. It contacts the place that the beam comes from, so to speak. It contacts the nock of the arrow (that’s the technical term for the part of the butt of the arrow that fits around the string), or the nozzle of the sprinkler. We could call this source attention, meaning attention on the source of attention.

Attention on the Source of Attention

To the average person, nothing could be more uninteresting than source attention. To a fairly experienced mindfulness meditator, it’s a little more interesting. You contact the sensation in the spots in the head, eyes, and so on, that you’re unconsciously taking as the seat or source of your attention. Locating some of the sensations that constitute the sense of self is a potent way to contact no-self experiences. (You can read a description of how to do that practice here.)

However, it’s possible to look even more deeply than that, and doing so is extremely interesting. Instead of pointing arrow attention at these physical sensations, you allow awareness to travel back along the arrow of attention to the root of awareness. When you do this, you discover something fascinating: there is nothing there. There is no center or source of your awareness. It becomes obvious that you have been pretending or assuming all along that awareness is generated at this back end point; but it’s not. At least in terms of first person experience, there is no place that awareness is coming from. (You could state this alternately by saying that awareness seems to come from everywhere.) When you notice this clearly, it can lead to immediate experience of emptiness. You don’t exist.

(I talk with Shinzen Young and Thomas Metzinger about this idea in the Deconstructing Yourself podcast.)

Over the millennia, many teachers and traditions have talked about this method, describing it in various ways. The most obviously description is found in the Zen tradition, and is the method known variously as “turning the light on itself” or “turn the light around and shine it within” (eko hensho in Japanese). This is what Bodhidharma was talking about in the story, when he said, “Bring me your mind…” Although it’s not stated explicitly in the story, presumably Huike went off for a while (days, months, years) and searched for his mind in meditation before coming back and reporting to Bodhidharma that he couldn’t find it. There was nothing there, and therefore there was no problem.

You may be wondering about the fact that they use the word “mind” in the story rather than awareness. If mind in this case just meant thoughts—”bring me your thoughts”—that would be a rather easy thing to do. Huike was thinking about this, that, the other. Anybody could find their thoughts. But thoughts are the content of the mind; the mind itself is the source of the thoughts. If you look for the source of the mind, it’s almost the same as looking for the source of awareness. Although they are different, the source of both lies in the same direction. You turn the light back on itself. In either case, you find the same emptiness. The same awakening.

Ramana Maharshi’s self-inquiry technique (asking “Who am I?”) does something very similar, although it doesn’t actually prescribe a specific direction for attention. Instead, the technique is search for the source of the “I” feeling.

Even Douglas Harding’s “headless way” is a version of this technique. The headless way means to notice as you walk around that you cannot directly experience the fact that you have a head. The sense that you have a head is (subjectively, of course) something that arises in the imagination. If you let go of imagining that, you end up noticing the vacancy at the source of attention. This is a really easy, if somewhat superficial, way to source attention.

Don’t Take It Too Literally

The most common misstep with this technique is to attempt to literalize or visualize the “turning around” part of the practice. I made this exact error at first. I made a mental image of a little Cartesian theatre in my mind. Like a little observer who was watching. Then I tried to have this little virtual observer (i.e. the homunculus) twist itself around to look back. Twisting myself up in a mental pretzel like that was a hard struggle that got me nowhere.

This trouble arises from the visual metaphor, which is natural for a being with eyes. When we think of seeing something, we think of pointing our eyes in that direction. But that is not what we’re doing here. Awareness is present everywhere, does not require eyes, and attention can go in any direction without any literal turning around required. Just explore the root of attention directly—it’s much easier!

A related problem has to do with concepts. Obviously, from a third-person, objective perspective, you exist. Other people are real. But from a first-person, subjective perspective, the third-person view of the self is just a concept; a figment of the imagination. If you’re stuck in the conceptual view, seeing you don’t exist cannot occur. So letting go of this concept, at least for a little while, is required.

Yes, when you walk past a shop window, there is a body reflected there. Yes, you may be aware of thoughts and feelings coming and going. But a careful examination of the center of all that experience, the awareness of the experience, reveals that there is nobody there. There never was anybody there. It was empty all along.

This may sound unattractive, but it’s actually tremendously liberating. Like cutting into an apple and instead of finding a seedy core, discovering an infinite universe. Don’t take my word for it, just see for yourself. Look directly within, and you’ll notice that you don’t exist. And that is the beginning of everything.

You’ll notice that this nonexistence does a lot of interesting things, and that each day contains a lot of connection, richness, warmth, and lightness. The-nonexistence-formerly-known-as-you is free to experience a wide range of emotions without getting stuck them; is free to have experiences without hanging onto them. This nonexistence can have a bank account, children, a job, and a loving home. Yet always at the center is the infinite universe. Enjoy.