Why Your Brain Needs More Downtime 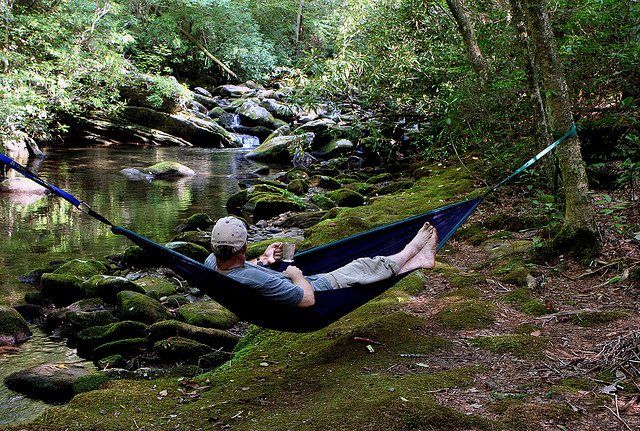 Every now and then during the workweek—usually around three in the afternoon—a familiar ache begins to saturate my forehead and pool in my temples. The glare of my computer screen appears to suddenly intensify. My eyes trace the contour of the same sentence two or three times, yet I fail to extract its meaning. Even if I began the day undaunted, getting through my ever growing list of stories to write and edit, e-mails to send and respond to, and documents to read now seems as futile as scaling a mountain that continuously thrusts new stone skyward. There is so much more to do—so much work I genuinely enjoy—but my brain is telling me to stop. It’s full. It needs some downtime.

Freelance writer and meditation teacher Michael Taft has experienced his own version of cerebral congestion. “In a normal working day in modern America, there’s a sense of so much coming at you at once, so much to process that you just can’t deal with it all,” Taft says. In 2011, while finalizing plans to move from Los Angeles to San Francisco, he decided to take an especially long recess from work and the usual frenzy of life. After selling his home and packing all his belongings in storage, he traveled to the small rural community of Barre, Mass., about 100 kilometers west of Boston, where every year people congregate for a three-month-long “meditation marathon.”

Taft had been on similar retreats before, but never one this long. For 92 days he lived at Insight Meditation Society’s Forest Refuge facility, never speaking a word to anyone else. He spent most of his time meditating, practicing yoga and walking through fields and along trails in surrounding farmland and woods, where he encountered rafters of turkeys leaping from branches, and once spotted an otter gamboling in a swamp. Gradually, his mind seemed to sort through a backlog of unprocessed data and to empty itself of accumulated concerns. “When you go on a long retreat like that there’s a kind of base level of mental tension and busyness that totally evaporates,” Taft says. “I call that my ‘mind being not full.’ Currently, the speed of life doesn’t allow enough interstitial time for things to just kind of settle down.”

Many people in the U.S. and other industrialized countries would wholeheartedly agree with Taft’s sentiments, even if they are not as committed to meditation. A 2010 LexisNexis survey of 1,700 white collar workers in the U.S., China, South Africa, the U.K. and Australia revealed that on average employees spend more than half their workdays receiving and managing information rather than using it to do their jobs; half of the surveyed workers also confessed that they were reaching a breaking point after which they would not be able to accommodate the deluge of data. In contrast to the European Union, which mandates 20 days of paid vacation, the U.S. has no federal laws guaranteeing paid time off, sick leave or even breaks for national holidays. In the Netherlands 26 days of vacation in a given year is typical. In America, Canada, Japan and Hong Kong workers average 10 days off each year. Yet asurvey by Harris Interactive found that, at the end of 2012, Americans had an average of nine unused vacation days. And in several surveys Americans have admited that they obsessively check and respond to e-mails from their colleagues or feel obliged to get some work done in between kayaking around the coast of Kauai and learning to pronounce humuhumunukunukuapua’a.

To summarize, Americans and their brains are preoccupied with work much of the time. Throughout history people have intuited that such puritanical devotion to perpetual busyness does not in fact translate to greater productivity and is not particularly healthy. What if the brain requires substantial downtime to remain industrious and generate its most innovative ideas? “Idleness is not just a vacation, an indulgence or a vice; it is as indispensable to the brain as vitamin D is to the body, and deprived of it we suffer a mental affliction as disfiguring as rickets,” essayist Tim Kreider wrote in The New York Times. “The space and quiet that idleness provides is a necessary condition for standing back from life and seeing it whole, for making unexpected connections and waiting for the wild summer lightning strikes of inspiration—it is, paradoxically, necessary to getting any work done.”

In making an argument for the necessity of mental downtime, we can now add an overwhelming amount of empirical evidence to intuition and anecdote. Why giving our brains a break now and then is so important has become increasingly clear in a diverse collection of new studies investigating: the habits of office workers and the daily routines of extraordinary musicians and athletes; the benefits of vacation, meditation and time spent in parks, gardens and other peaceful outdoor spaces; and how napping, unwinding while awake and perhaps the mere act of blinking can sharpen the mind. What research to date also clarifies, however, is that even when we are relaxing or daydreaming, the brain does not really slow down or stop working. Rather—just as a dazzling array of molecular, genetic and physiological processes occur primarily or even exclusively when we sleep at night—many important mental processes seem to require what we call downtime and other forms of rest during the day. Downtime replenishes the brain’s stores of attention and motivation, encourages productivity and creativity, and is essential to both achieve our highest levels of performance and simply form stable memories in everyday life. A wandering mind unsticks us in time so that we can learn from the past and plan for the future. Moments of respite may even be necessary to keep one’s moral compass in working order and maintain a sense of self.