The Water Is Clear: My First Retreat Experience 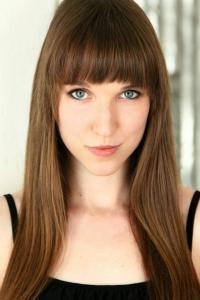 I watched the dense forest trees blur as the car flew along the twists and turns of some back road through the Marin headlands, and a queasiness crept into my stomach. It wasn’t the nausea of car sickness but a creeping anxiety for what lay ahead: my very first residential meditation retreat.

I tried to rely on my meditation practice—focusing on the emotional sensations manifesting in my stomach, watching them move and change, disappear and reappear. But as we got nearer and nearer to the retreat center, my mind struggled for control and kept butting in with a tidal wave of questions, stories, fantasies, and worries about heading into the unknown. All of these excited and apprehensive thoughts had been worming their way into my psyche over the four months that had passed since I first signed up for the retreat, and now they were at a fever pitch.

It was in this state that I watched my uncle drive away, leaving me standing at the gate marked “Silent Retreatants ONLY Beyond This Point.”

The silence didn’t begin until that evening, after I’d filled out the necessary paperwork, received my work assignment, and gotten settled in my sparse yet sufficient room. Though refraining from talk was a comfort to me, I immediately recognized its weight. Speaking was another distraction that I was to put down for the week, just as I had put down and disconnected from the distractions of my phone, my books, and any other entertainment that I might normally turn to. That first evening I settled into bed with a considerable amount of unease, particularly since I no longer had any way of telling the time, and could no longer keep my usual careful eye on the future. With all diversions removed, I was already experiencing far more of my self, my thoughts, my neuroses than I had ever cared to. The week ahead was going to be a long one.

Every day followed the same schedule. Wake up bells were rung at 5:45 a.m., followed by another series of bells at 6:15 calling everyone to the first sitting meditation of the day. From there, alternating between 30 to 45 minute sitting and walking periods, taking breaks for meals, one session of yoga, and a Dharma lecture in the evening.  I was used to sitting for about 15 minutes a day, with a 30 to 45 minute sit once a week in Jessica’s class. And here I was thrown into approximately six hours of sitting meditation per day.

The effects of such a big change were swift. If my normal meditation practice was deconstructing old neural pathways and creating new ones with hammer and chisel, here I found the bulldozer, the steam roller, the wrecking ball. For the first time I saw; for the first time I heard. I watched the worries plaguing my brain drop one by one as I came to the simple realization that every single one was out of my control. Resistance to the mental, physical, and emotional discomfort began dropping away into a surrender that brought more insight than any other experience I’ve known.

Because I could really only interact with myself, I could truly see the relationship I had within, as clearly as if I were examining a relationship between two of my friends. I saw my dysfunctional inner life, my lack of self-worth, a heart rooted with a sense of insufficiency. It was painful to look at, but it made me see the importance of regularly offering metta (lovingkindness) towards myself and my body. As I incorporated it into my practice over the week, I noticed my confidence and esteem growing, comfort and happiness with myself in the present moment becoming less and less intangible.

Each day was chock-full of insight and revelation–far too much to include all of it here. However, I don’t want to give the impression that it was all heavy, all serious, all earth-shattering. When I needed a break from the intensity, I would take a hike up into the gorgeous, forested hills, gently allowing my thoughts to rise and pass away. A surprising number of Yoda quotes kept flitting in, but my mind also often settled on the Whitman line,

Why are there trees I never walk under
but large and melodious thoughts descend upon me?

Whitman unfortunately failed to mention the large and copious spiders and ticks that also enjoyed descending upon me. When not respectfully re-locating creepy crawlies, I often used my hikes just to dance. Accustomed to regular physical activity, the long periods of sitting took their toll on my muscles and joints, and dancing all alone in the woods, sans music, was a refreshing movement meditation. I’d get completely caught up, broken out of my trance only by the bells ringing for the next sit, and I’d have to quickly rush back and put my shawl and game face back on. It was like the opening scene of The Sound of Music, but considerably quieter.

Eccentricities aside, the profundity of my retreat experience was striking. In examining my initial reservations and fear, I saw that I had perceived that coming to retreat would mean being trapped with my negative thoughts for seven days. I thought that perhaps through intensive meditation I would learn to cope with that imprisonment, learn to accept it and tolerate it, but that at the end of the day I would still be stuck with my thoughts. Instead, I found that I had come to a place where I could choose to escape from the self-created mental torture chamber in which I had thrown myself. That was really the turning point of the retreat—when my resistance fell away and was replaced with an unshakeable freedom.

And the best part? After returning to civilization—slapping on makeup in the morning, getting distracted by text messages, sliding back in to the tiny collection of victories and losses that is daily life—that freedom is still there. Even outside of the special retreat conditions, I still know that the mud has settled and the water is clear. Every day, every sit, every breath, and every moment are greeted as another opportunity for consciousness, for wakefulness, and to start again. Totally worth it.

This opening to the life
We have refused
Again and again
Until now.
Until now.

1 thought on “The Water Is Clear: My First Retreat Experience”