The Vimalakirti Experience, Part 6B – Entering the Dharma Door of Nonduality 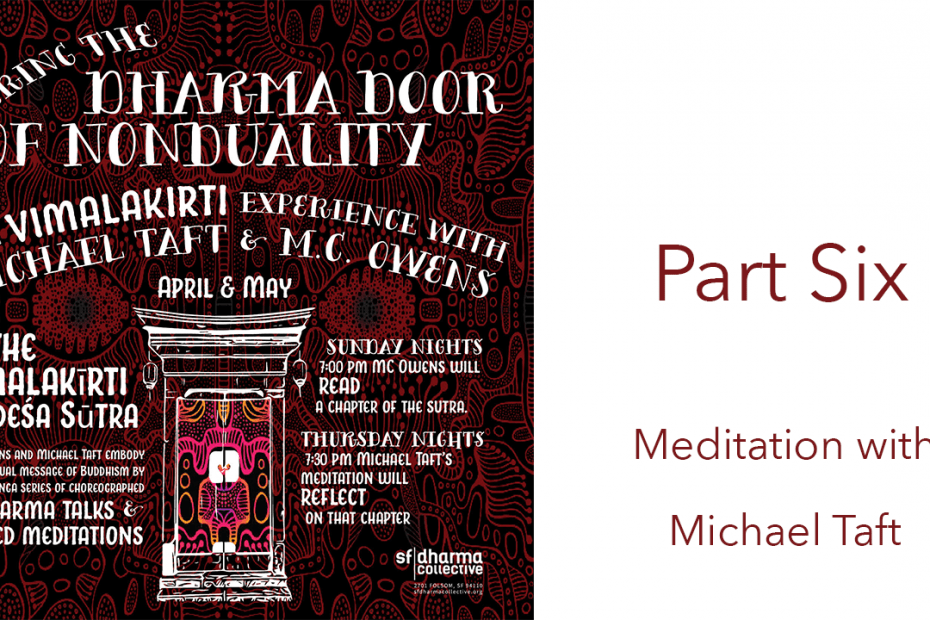 Want to enter the dharma door of nonduality? Watch this video.

This chapter of the sutra, “The Dharma Door of Nonduality” is probably the most famous and important. It is also one of the only places in the sutras of Buddhism where the term “nonduality” is featured. As a guide to meditation, it gives us a veritable treasure trove of focus themes for nondual practice.

“The bodhisattva Priyadarśana declared, “Matter itself is void. Voidness does not result from the destruction of matter, but the nature of matter is itself voidness. Therefore, to speak of voidness on the one hand, and of matter, or of sensation, or of intellect, or of motivation, or of consciousness on the other, is entirely dualistic. Consciousness itself is voidness. Voidness does not result from the destruction of consciousness, but the nature of consciousness is itself voidness. Such understanding of the five compulsive aggregates and the knowledge of them as such by means of gnosis is the entrance into nonduality.

Read a bit about the Vimalakirti Nirdesa Sutra