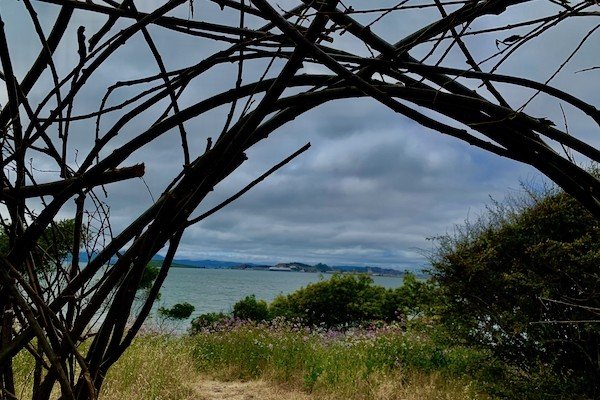 Meditation, is followed (at 1:01:00) by a dharma talk centering around the metaphor (from Japanese mythology) of “The Fox Wedding” (狐の嫁入り).

In Japanese mythology, the fox plays the role of the trickster, somewhat similar to the role of the coyote in Native American tales. Here, however, I’m not pointing to the trickster aspect of the fox, but rather the paradoxical, uncanny, nebulous nature of experience. During the sunshower, the rain falls as the sun shines; the bride sheds tears on her wedding day.

I’m using the mythology of the Fox Wedding as a metaphor for the naked perception of reality, which—stripped of concepts, symbols, and associations—is uncanny, shocking, and indescribably beautiful.

Note: In the previous videos, there has often been an issue with the sound quality. This has actually been composed of two separate problems that together have made the sound of the programs difficult. The first is the actual microphone—it’s quality, placement, sound profile, and so forth. The second is the method of live streaming, which often has dropouts, distortion, crackles, and other gremlins.

In this video, we’ve finally overcome the second of these issues. In future videos, we’ll also be using a better microphone. Hopefully this will spell the end of the audio problems!