“I don’t believe anything, but I have many suspicions.” ~ Robert Anton Wilson

[dropcap]I[/dropcap] want to share with you, from my heart, something that I have found to be incredibly important. Something that I feel is the best advice I can give you.

My life advice is this: Never believe anything.

People often find this advice upsetting, so I’ve included some pictures of adorable kittens on the page to help you feel warm and fuzzy. Also, people tend to really misunderstand what I’m saying, so here is a brief unpacking of some of the details: 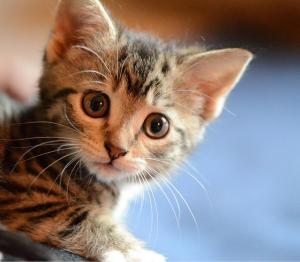 I want to believe

1. Ideas are just sounds and pictures in your head. We use them to make approximate models of reality, and those are helpful for staying alive, eating, reproducing, and other fun and fundamental activities. However, don’t mistake an idea in your head for anything real. Never believe any idea. Ever. Thoughts are just thoughts. The menu is not the meal. The thought is not the reality. Don’t believe a thought.

2. Some people think that this makes me an atheist or a nihilist, but I don’t believe in atheism or nihilism either. They’re just more ideas; just alternate prisons. Never believe any idea. If there is a god, it’s definitely not a mental concept of god—so, again, don’t believe in mental concepts. Do you really think you know for sure whether there is or is not a god? Either way, thinking that you know for sure is a belief you can let go of. Instead embrace the fact that you don’t know.

4. I’m not saying everything is meaningless. Some things clearly are meaningful. They just aren’t eternally meaningful everywhere in every context to everyone. Is that such a bad thing? Tuning into meaning where and when it exists is a pleasant and useful thing for a human being. Here is a meditative practice to help you to do that.

5. Ideas, concepts, models, maps—they can be very useful. We need them to conduct our lives, and to run our world. It’s not that they’re not useful, because they are obviously incredibly useful. It’s just that none of them is a complete truth, a perfect map of everything. In other words, every model, no matter how useful, is just partial. Partial maps are not eternal truths to be believed. They are ad hoc, temporary tools to make good, practical use of. Never believe a model, map, or system to be an eternal truth. Nothing explains everything. 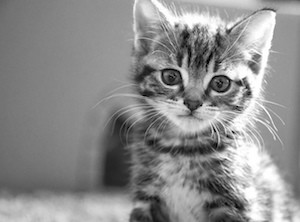 I don’t believe anything

Please don’t believe anything that I’m saying. This isn’t some kind of meta-truth. No Truth with a capital T. It’s just another thought to play with. All ideas are useful or not. You can play with them or not. That’s what they’re there for. I’m not against ideas or thoughts. The brain very naturally generates thoughts all the time. No problem. Thoughts are really good for making stuff. There is (probably) a reality out there, but it’s not the content of a thought or a feeling.

I don’t believe anything, and in my experience there is a serious payoff—a real sense of freedom. Getting stuck to ideas is a bummer, because they don’t correspond to reality and they are notoriously fickle objects. It’s impossible to be free if you are anxiously clinging to a belief. Letting go of believing means you can use ideas without getting burned by them.

This stance of using belief systems without getting hung up in them is called metarationality or post-postmodernism. David Chapman has a very good website discussing this viewpoint. (I interview him on the DY podcast here.) Another big proponent was an author I had the pleasure of interviewing, Robert Anton Wilson. He often said that, “belief is the death of intelligence.” (His trippy website has an awesome statement of non-belief here.) Philosopher Ken Wilber also writes extensively about this way of handling beliefs in his integral theory, calling it “second tier”

Understanding that the map is never the territory, and that no system of thought can every explain all of reality is the basis of true awakening. Whether it’s called liberation, enlightenment, or realization, it cannot be experienced within a belief system. The thing you’re being liberated from is all belief systems. It’s that simple. 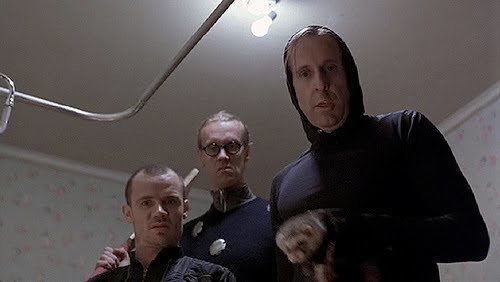 We believe in nothing

Try noticing the next time you really believe a thought. This is a great mindfulness practice. Can you let go of thinking it is somehow pointing to reality? Can you still play with it without getting caught again? This is a game that can change your life.

Interesting in getting more satisfaction out of life?  Read more

11 thoughts on “Never Believe Anything”