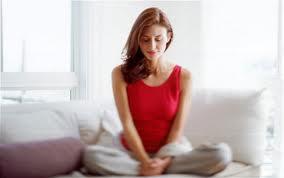 People suffering from chronic inflammatory conditions, such as rheumatoid arthritis, inflammatory bowel disease and asthma — in which psychological stress plays a major role — may benefit from mindfulness meditation techniques, according to a study by University of Wisconsin-Madison neuroscientists with the Center for Investigating Healthy Minds at the Waisman Center.

While interest in meditation as a means of reducing stress has grown over the years, there has been little evidence to support benefits specific to mindfulness meditation practice. This was the first study designed to control for other therapeutic mechanisms, such as supportive social interaction, expert instruction, or learning new skills.

A class in stress reduction can be beneficial in many ways, some of which have little to do with mindfulness, according to Melissa Rosenkranz, assistant scientist at the center and lead author on the paper, which was published recently in the journal Brain, Behavior and Immunity. For example, learning to manage stress by engaging in regular physical activity may be therapeutic.

The study compared two methods of reducing stress: a mindfulness meditation-based approach, and a program designed to enhance health in ways unrelated to mindfulness.

The comparison group participated in the Health Enhancement Program, which consisted of nutritional education; physical activity, such as walking; balance, agility and core strengthening; and music therapy. The content of the program was meant to match aspects of the mindfulness instruction in some way. For example, physical exercise was meant to match walking meditation, without the mindfulness component. Both groups had the same amount of training, the same level of expertise in the instructors, and the same amount of home practice required by participants.

“In this setting, we could see if there were changes that we could detect that were specific to mindfulness,” Rosenkranz explains.

Using a tool called the Trier Social Stress Test to induce psychological stress, and a capsaicin cream to produce inflammation on the skin, immune and endocrine measures were collected before and after training in the two methods. While both techniques were proven effective in reducing stress, the mindfulness-based stress reduction approach was more effective at reducing stress-induced inflammation.