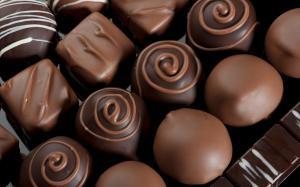 By Allison Bond for Reuters

Looking to cut cravings? A recent study suggests the key may be attaining a sense of detachment from them through a form of meditation with roots in Buddhism.

Practicing mindfulness meditation, which emphasizes identifying and distancing oneself from certain thoughts – without judging them – weakened chocolate cravings among people with a self-declared sweet tooth, Canadian researchers say.

“There is now good evidence that mindfulness strategies generally work at managing food cravings, but we don’t yet know what aspect of mindfulness and what mechanisms are responsible for these effects. This is what motivated this research,” said lead study author Julien Lacaille, a psychologist at McGill University in Quebec.

Several mental skills make up the “mindful” state, the researchers write in the journal Appetite. To investigate how mindfulness meditation helps curb cravings, and which aspect of mindfulness is most important to that effect, Lacaille’s team recruited 196 participants to undergo mindfulness training or serve in a comparison group.

Participants were divided into five groups, four of which got training in mindfulness meditation techniques and were directed to practice specific ones whenever a chocolate craving arose over the next two weeks. Members of the fifth group were told to distract themselves to fend off cravings.

The researchers focused on examining three skills relevant to mindfulness meditation, and gave each a plain descriptive name. The first they called awareness (simply noticing one’s thoughts) and the second was acceptance (not passing judgment on one’s thoughts). The third was disidentification, in which participants distanced themselves from their cravings by thinking of craving-related thoughts as separate from themselves.

Members of the four meditation groups focused on practicing one or a combination of these three skills.

All participants had reported they were prone to frequent strong cravings for chocolate and wanted to diminish them, and their mindfulness skills were assessed before and after the study to gauge how effectively they were practicing the techniques.

A survey administered before and after the study also aimed to evaluate the intensity of the participants’ chocolate cravings by answering questions such as “Chocolate often preys on my mind” and “I eat chocolate to cheer me up when I am down.”

After two weeks, participants were given a piece of chocolate to unwrap and touch for one minute; after the chocolate was taken away, they rated how much they craved the candy.

Those who had become adept at disidentification – distancing themselves from their craving after acknowledging it – craved chocolate significantly less than those who had not.

“They developed less-intense cravings for chocolate because they now perceived it as generally less desirable,” Lacaille said.

Read Jessica Graham on working with mindfulness and chocolate.