‘Mindfulness’ May Keep Depression from Coming Back 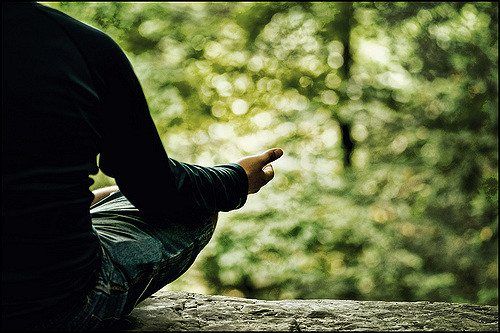 A type of “mindfulness” therapy that helps people become more aware of their emotions may help prevent a relapse of depression, a new meta-analysis finds.

People in the study who received this type of therapy, called mindfulness-based cognitive therapy (MBCT), were 31 percent less likely to experience a relapse of depression beyond the first year compared with those who did not receive this type of therapy, according to the findings, which were published in the journal JAMA Psychiatry.

MBCT combines two approaches for keeping depression symptoms at bay: the practice of mindfulness, or being aware of your emotions, and cognitive therapy, which involves identifying unhealthy thought patterns and developing constructive ways to approach them, according to the National Alliance on Mental Illness.

Ultimately, MBCT may work to prevent depression because it teaches people the “skills to stay well,” the researchers wrote in the study, which was led by Willem Kuyken, a professor of clinical psychology at the University of Oxford in England.

In the analysis, the researchers looked at nine studies that included a total of about 1,300 people. After 60 weeks, the researchers looked at whether or not the participants experienced a relapse in their depression symptoms. They found that, compared with people receiving other types of treatment for depression, those who received MBCT were less likely to experience a relapse of symptoms. In addition, the effects were similar among people of different age groups, educational levels, marital status and sex, according to the study.

The researchers also found that MBCT appeared to be more effective in people who had reported more severe depression.