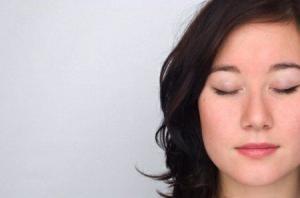 Few situations present as much distraction and time pressure as the college experience. In this environment, attention can be elusive and difficult to sustain even when it is attained. This lack of concentration interferes with learning and is associated with stress, which tends to increase during the academic term.

Now, a form of mental training called mindfulness training, specifically designed for undergraduate students, shows promise as a tool to train attention and improve learning during the academic semester, according to a new study by a team of University of Miami (UM) researchers.

The study is the first to examine the incidence of mind wandering and the impact of mindfulness training, at different time points in the academic calendar. The findings are published in the journal Frontiers in Human Neuroscience.

“This work was the first to integrate mindfulness training into the academic semester by embedding training in students’ course schedules, hosting training in the academic building to best accommodate their schedules, and providing a supervised space for mindfulness exercises,” says Amishi Jha, associate professor in the Department of Psychology, in the College of Arts and Sciences at UM, and principal investigator of the study.

Mindfulness is a mental state in which a person pays attention to the present experience without ruminating about the past, or worrying about the future. Mindfulness training (MT) emphasizes attention-building exercises and learning to observe the activity of the mind, according to Jha.

For the study, 58 UM undergraduate students participated in an experiment testing the effectiveness of a seven-week mental training program designed to tame the mind wandering and increase focus.

The students were assigned to either the MT group or a control group, who received no training. All participants completed two testing sessions, one at the start of the semester and again at the end of the training interval, as final exams neared. Attention was measured by examining overall accuracy and other performance measures in a computer task of sustained attention. The students also self-reported the incidence of mind wandering during the task.

The results indicate that the groups did not differ at the start of the semester. However, by the end of the training interval, the control group showed diminished attention, and reported increased mind wandering, while those who participated in the program showed significant improvements in attention and no increase in reported mind wandering.