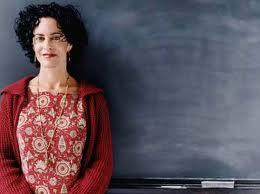 Focusing on the present rather than letting the mind drift may help to lower levels of the stress hormone cortisol, suggests new research from the Shamatha Project at the University of California, Davis.

The ability to focus mental resources on immediate experience is an aspect of mindfulness, which can be improved by meditation training.

“This is the first study to show a direct relation between resting cortisol and scores on any type of mindfulness scale,” said Tonya Jacobs, a postdoctoral researcher at the UC Davis Center for Mind and Brain and first author of a paper describing the work, published this week in the journal Health Psychology.

High levels of cortisol, a hormone produced by the adrenal gland, are associated with physical or emotional stress. Prolonged release of the hormone contributes to wide-ranging, adverse effects on a number of physiological systems.

The new findings are the latest to come from the Shamatha Project, a comprehensive long-term, control-group study of the effects of meditation training on mind and body.

Led by Clifford Saron, associate research scientist at the UC Davis Center for Mind and Brain, the Shamatha Project has drawn the attention of both scientists and Buddhist scholars including the Dalai Lama, who has endorsed the project.

In the new study, Jacobs, Saron and their colleagues used a questionnaire to measure aspects of mindfulness among a group of volunteers before and after an intensive, three-month meditation retreat. They also measured cortisol levels in the volunteers’ saliva.

During the retreat, Buddhist scholar and teacher B. Alan Wallace of the Santa Barbara Institute for Consciousness Studies trained participants in such attentional skills as mindfulness of breathing, observing mental events, and observing the nature of consciousness. Participants also practiced cultivating benevolent mental states, including loving kindness, compassion, empathic joy and equanimity.