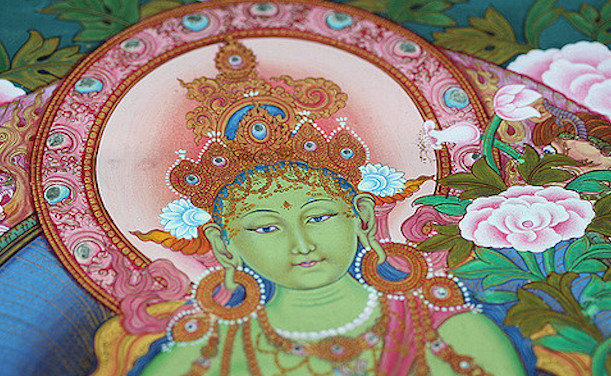 In a new study of a Brown University scholarly course on mindfulness that also included meditation labs, researchers found that the practice on average significantly helped women overcome “negative affect” — a downcast mood — but did not help men. The finding, the authors said, should call more attention to considering gender as a potential factor in assessing mindfulness efficacy.

More women than men engage in mindfulness meditation, the practice of intentionally and non-judgmentally directing one’s attention to present sensations and feelings, said Willoughby Britton, assistant professor of psychiatry and human behavior and of behavioral and social sciences at Brown. There hasn’t been a prevailing notion in the research literature that the practice affects men and women differently. Yet the data Britton and her co-authors present in a new paper in Frontiers in Psychology shows a clear gender difference in outcomes for mood.

“That was the surprising part,” Britton said. Since this study, though, she has found the same pattern in two other studies under review for future publication. “I wouldn’t be surprised if this is a widespread phenomenon that researchers hadn’t bothered to investigate.”

On the other hand, Britton added, it was encouraging to see a clear benefit for women, who are generally more vulnerable to negative affect and depression, she noted.

“Emotional disorders like depression in early adulthood are linked to a litany of negative trajectories that further disadvantage women, such as poor academic performance, school drop-out, early pregnancy and substance abuse,” she said. “The fact that a college course could teach women skills to better manage negative affect at this early age could have potentially far-reaching effects on women’s lives.”

Co-lead author Rahil Rojiani, a Brown graduate and now a medical student at Yale, said he hopes the study will narrow disparities in mental health care.

“The gender gap in mental health has been inadequately targeted and often only within the standard medical arsenal of pharmacological treatment,” Rojiani said. “Our study is one of the first to explore the effects of mindfulness across gender.”