Mindfulness Can Literally Change Your Brain The business world is abuzz with mindfulness. But perhaps you haven’t heard that the hype is backed by hard science. Recent research provides strong evidence that practicing non-judgmental, present-moment awareness (a.k.a. mindfulness) changes the brain, and it does so in ways that anyone working in today’s complex business environment, and certainly every leader, should know about.

We contributed to this research in 2011 with a study on participants who completed an eight-week mindfulness program. We observed significant increases in the density of their gray matter. In the years since, other neuroscience laboratories from around the world have also investigated ways in which meditation, one key way to practice mindfulness, changes the brain. This year, a team of scientists from the University of British Columbia and the Chemnitz University of Technology were able to pool data from more than 20 studies to determine which areas of the brain are consistently affected. They identified at least eight different regions. Here we will focus on two that we believe to be of particular interest to business professionals.

The first is the anterior cingulate cortex (ACC), a structure located deep inside the forehead, behind the brain’s frontal lobe. The ACC is associated with self-regulation, meaning the ability to purposefully direct attention and behavior, suppress inappropriate knee-jerk responses, and switch strategies flexibly. People with damage to the ACC show impulsivity and unchecked aggression, and those with impaired connections between this and other brain regions perform poorly on tests of mental flexibility: they hold onto ineffective problem-solving strategies rather than adapting their behavior. Meditators, on the other hand, demonstrate superior performance on tests of self-regulation, resisting distractions and making correct answers more often than non-meditators. They also show more activity in the ACC than non-meditators. In addition to self-regulation, the ACC is associated with learning from past experience to support optimal decision-making. Scientists point out that the ACC may be particularly important in the face of uncertain and fast-changing conditions. 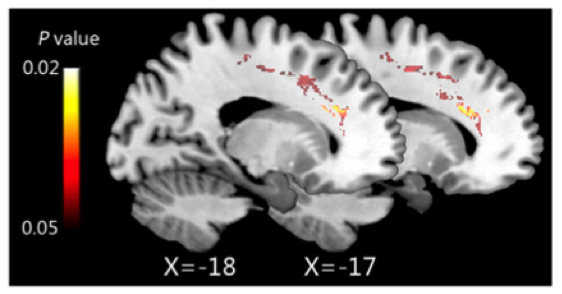 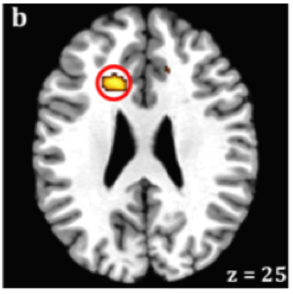 The second brain region we want to highlight is the hippocampus, a region that showed increased amounts of gray matter in the brains of our 2011 mindfulness program participants. This seahorse-shaped area is buried inside the temple on each side of the brain and is part of the limbic system, a set of inner structures associated with emotion and memory. It is covered in receptors for the stress hormone cortisol, and studies have shown that it can be damaged by chronic stress, contributing to a harmful spiral in the body. Indeed, people with stress-related disorders like depression and PTSD tend to have a smaller hippocampus. All of this points to the importance of this brain area in resilience—another key skill in the current high-demand business world.

Check out this article entitled: Self-Determination Skills and Activities to Utilize Today