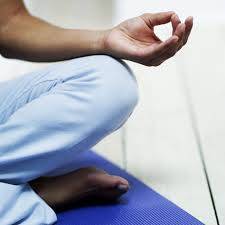 Researchers are indicating that mindfulness-based stress reduction (MBSR) can help people suffering from prehypertension, a condition described as higher than desirable blood pressure, but not high enough to warrant antihypertensive drugs.

“Our results provide evidence that MBSR, when added to lifestyle modification advice, may be an appropriate complementary treatment for BP in the prehypertensive range,” said Joel W. Hughes, PhD, in a statement.

The study included 56 male and female participants who were diagnosed with prehypertension. The participants were split into two groups, with the first group undergoing a mindfulness-based intervention. This group met for eight group sessions of two and a half hours per week where they were trained in the three main types of mindfulness skills: body scan exercises, sitting meditation and yoga exercises. The second group served as the control group in the study and the researchers did not expect this group to experience any lasting effects on blood pressure.

The results were that significant reductions were found in clinic-based blood pressure measurements in the MBSR group. This group experienced that the systolic blood pressure – the first, higher number – decreased by an average of nearly 5 millimeters of mercury (mm Hg), compared to less than 1mm Hg in the active control group.

While more studies need to be done, MBSR is offering a possible alternative to the approximately 30 percent of Americans who have prehypertension and might be on prescription medication.

The results of this study were published in a recent issue of Psychosomatic Medicine: Journal of Biobehavioral Medicine.