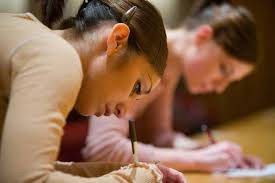 By Traci Pedersen for Psych Central

Adolescents who participated in a mindfulness program at school reported reduced symptoms of depression, anxiety and stress up to six months later. Furthermore, these teen students were less likely to develop more severe symptoms of depression. The research was conducted by Dr. Filip Raes,  professor in the Department of Psychology and Educational Sciences at KU Leuven in Belgium. Mindfulness is a form of meditation focused on being attentive to the present moment in a nonjudgmental way.

Depression is often rooted in a downward spiral of negative thoughts and feelings. When a person is able to recognize these harmful feelings and thoughts as they happen, he or she can intervene before depression sinks in. Although mindfulness has already been widely tested and applied in patients with depression, this is the first study to look at a large group of adolescents in a school-based setting, using a randomized controlled design.

The study was conducted at five middle schools in Flanders, Belgium, and included about 400 students between the ages of 13 and 20. The students were randomly assigned to either a test group or a control group.