Mindfulness and the Military: Does Self-Acceptance Help Veterans? 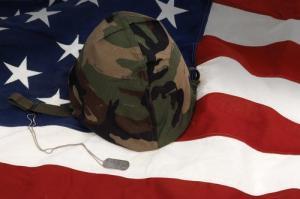 A recently published article in the Journal of Clinical Psychology by Kearney, McDermott, Malte, Martinez, and Simpson (2012) may have broad implications for veterans suffering with symptoms of Post-traumatic Stress Disorder (PTSD).

These researchers demonstrated that engagement in mindfulness-based stress reduction (MBSR) showed significant improvements after six months in reducing soldiers’ symptoms of PTSD, depression, behavioral activation (the ability to engage in activities to achieve a goal in spite of aversive symptoms), and self-acceptance.

Forty-seven percent of the veterans in the study showed clinically significant improvements in their PTSD symptoms. This highlights the fact that sustainable symptom reduction may be possible by employing a mindfulness technique. MBSR and other mindfulness-based meditation practices may provide broad-based ancillary interventions in the treatment of PTSD that can complement the current psychotherapeutic and pharmacological practices.

PTSD is a particularly nasty collection of symptoms.  Some of the more difficult indications include hyperarousal, rumination about the event, depression and anxiety. In addition to the study noted above, other researchers (Vujanovic, Niles, Pietrefesa, Schmertz, & Potter, 2011) have also found a link between mindfulness meditation and reduced PTSD symptoms in veterans.  In both studies it appears that accepting one’s emotional pain appears to actually help alleviate that pain.