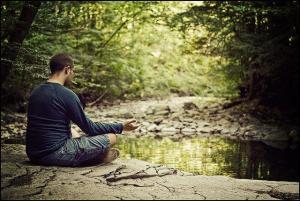 A new study from the University of Toronto Scarborough shows that people who are aware of and their own thoughts and emotions are less affected by positive feedback from others.

Trait mindfulness is characterized by an ability to recognize and accept one’s thoughts and emotions without judgment. Mindful individuals are much better at letting their feelings and thoughts go rather than getting carried away.

Using electroencephalography (EEG) the brain activity of participants was recorded while they completed a reaction time task on a computer. The authors were interested in participants’ brain activity in response to receiving performance feedback that was rewarding, neutral or negative in nature. Not only were mindful individuals less responsive to rewarding feedback compared to others, they also showed less difference in their neural response to neutral versus rewarding feedback.