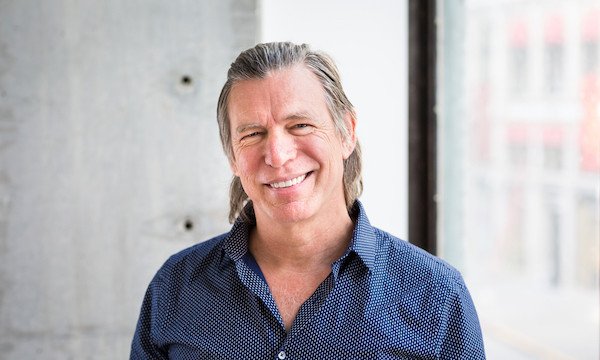 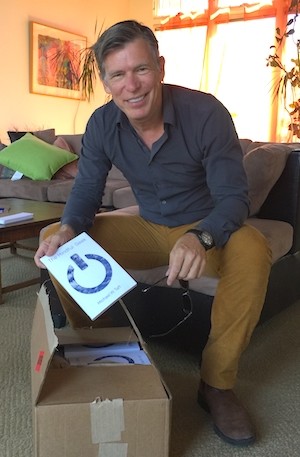 is a maverick meditation teacher, bestselling author, and podcaster. As a mindfulness coach, he specializes in secular, science-based mindfulness training in retreats, groups, corporate settings, and one-on-one sessions. Michael is the author of several books, including the bestselling The Mindful Geek, Nondualism: A Brief History of a Timeless Concept, and Ego (which he co-authored), as well as the editor of such books as Hardwiring Happiness by Rick Hanson and The Science of Enlightenment by Shinzen Young.

He has often taught meditation at Google, worked on curriculum development for SIYLI, and is currently core faculty at Wisdom Labs, in San Francisco. Michael is also a featured teacher on the Simple Habit app, and an official advisor to the Therapeutic Neuroscience Lab. He was previously editor-in-chief of Being Human, and was the long-time editorial director of Sounds True.

From Zen temples in Japan to yogi caves in India, Michael has been meditating for over thirty five years and has extensive experience in both Buddhist Vipassana and Hindu Tantric practice. Michael is a senior facilitator in Shinzen Young’s Unified Mindfulness system, and is a teacher of meditation groups around the Bay Area. He currently lives in Oakland, California, and is founding editor of the iconoclastic mindfulness meditation blog and podcast Deconstructing Yourself.

What Experts Are Saying

“Michael Taft is steeped in practice and deeply trained in multiple traditions. He is extremely articulate about subtle states of mind and important distinctions in meditation, for both beginners and long-time practitioners. He’s also very open, warm, and supportive – plus deeply wise.”
Rick Hanson, Ph.D.
Author of Buddha’s Brain, Hardwiring Happiness, and Just One Thing
“Michael Taft is a gifted teacher of mindfulness with an impressive track record of helping people get results. As one of my senior facilitators with over 30 years of practice experience, he has a comprehensive understanding of meditative traditions and practices, and is able to translate that into science-friendly, secular language. I recommend him wholeheartedly.”
Shinzen Young
editation teacher and author of The Science of Enlightenment
“Michael has a deep understanding of meditation practice and its underpinnings, and manifests the wisdom and compassion that comes from this. He is also a skilled listener which is an important complement to these other critical components.”
Judson Brewer, MD,PhD
Director of Research at the Center for Mindfulness & associate professor in Medicine & Psychiatry at UMass Medical School
“Michael possesses a rare combination of talents. First, he has decades of experience, which allows him to teach from a place of great depth and to directly speak to the many different ways a student can come to practice. Second, he is at the forefront of brain and emotion science and is able to speak about contemplative practices to smart, skeptical students. Finally, he has deep practice experiences in multiple wisdom traditions, which allows his secular viewpoint to be not become untethered from the foundation and heart of how mindfulness has been practiced throughout history. ”
Bill Duane
former Superintendant of Wellbeing at Google
“I have known Michael Taft for twentuy years and have seen him teach various meditation classes as well as academic classes in the Department of Religion and Asian Studies at Vassar College. Michael is a truly accomplished teacher with a skill set that spans and integrates Asian Buddhist and Hindu tradition with Western Neuroscience and contemporary practices of Mindfulness in corporate as well as personal contexts.”
Rick Jarow, Ph.D.
Professor of Religion at Vassar College and author of The Ultimate Anti-Career Guide