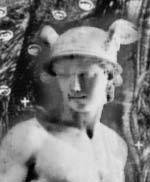 We name Wednesday after Wodin or Odin, the norse God of wisdom (“Wodin’s-day”). He’s the Norse Mercury, which is interesting when you consider the French and Spanish words for Wednesday: mercredi and miércoles respectively, both of which mean “Mercury’s day.” We’re talking the God Mercury here, not the planet, the car, or the singer.

In Sanskrit, the ancient Language of India, Wednesday is called Budhavāra, which is Budha (Mercury) day (vara). And as you may have guessed that Budha (which also means “intellect”) is closely related to Buddha (“awakening”).*

So Wednesday could be considered especially related to meditation, in a metaphorical sense.

All of which is a long, nerdy way to introduce  Wednesday Awakening on the Deconstructing Yourself blog. It goes like this: You ask a question about meditation, and I will do my best to answer it. The only rule is that I get to choose which questions to answer.

Lindsay asks:
As your semi-resident Odin enthusiast and meditation n00b, I have a question.

I’ve been doing some basic stretching, plus a few sun salutations before I practice, but I still feel a little stiff in a way that I didn’t feel when part of a guided meditation that was preceded by *lots* of movement. I am liking practicing first-thing in the morning, so a long movement session would mean waking up earlier or going to work later, which is possible but not ideal at the moment.

Are there any mindful movements/yoga poses/etc. that you would recommend more strongly than others as a way to to prepare for meditation (both in terms of physical comfort and mental spark)?

If you don’t have much time, the shortest, bestest stretch is to sit in lotus pose, or an approximation of it. Then lean forward and stretch out on the ground. You can place your elbows on the ground and your chin in your hands, or you can extend your arms all the way forward and put your forehead on the ground. This will not only stretch your back, but because your legs are in lotus posture it will stretch your hips, too. This will quickly loosen everything that needs to be loosened to sit. It feels really good. I love it! (note: this could be hard on the knees, if they are already having trouble.)

If you have more time, there is a five minute yoga sequence that is awesome. However, it will have to be a separate post, since to describe it requires pictures and full descriptions to communicate it effectively.

BTW, if you meditate first thing after awakening in the morning, I would recommend sitting before doing any stretching.

* Note: Ever wonder why sculptures and images of the Buddha have a topknot in his hair, like a knob on his head? It’s because Greek sculptors in India were depicting him as the god Mercury, which in Greece has that distinctive helmet. The topknot is a visual remnant of Mercury’s helmet!