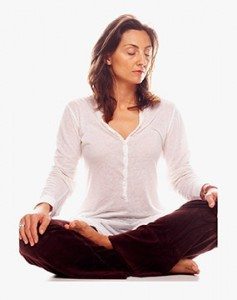 A randomized controlled study published in the current issue of Psychotherapy and Psychosomatics has investigated the role of a special form of meditation (mindfulness) in disturbances that do not find medical explanation.

Patients with medically unexplained symptoms make heavy demands on the health care system. An offer for psychological treatment is often declined. There is a need for acceptable and effective treatments. We assessed the acceptability and effectiveness of mindfulness-based cognitive therapy (MBCT) for patients with persistent medically unexplained symptoms. A randomized controlled trial comparing MBCT (n = 64) to enhanced usual care (EUC; n = 61). Participants were the 10% most frequently attending patients in primary care. The primary outcome measure was general health status at the end of treatment. Secondary outcome measures were mental and physical functioning. Assessments took place at the end of treatment and at the 9-month follow-up. Health status and physical functioning did not significantly differ between groups. However, participants in the MBCT group reported a significantly greater improvement in mental functioning at the end of treatment (adjusted mean difference, 3.9; 95% CI, 0.24-7.6), in particular with regard to vitality and social functioning. In addition, at 9 months of follow-up, the mindfulness skills ‘observing’ and ‘describing’ were significantly higher in the MBCT group. Within the MBCT group, almost half of the outcome measures had significantly improved at the end of treatment, whereas in the EUC group none had. MBCT was feasible for frequently attending patients with persistent medically unexplained symptoms in primary care. Although MBCT did not lead to a significant difference in general health status between the two groups, it did result in a significant improvement in mental functioning.