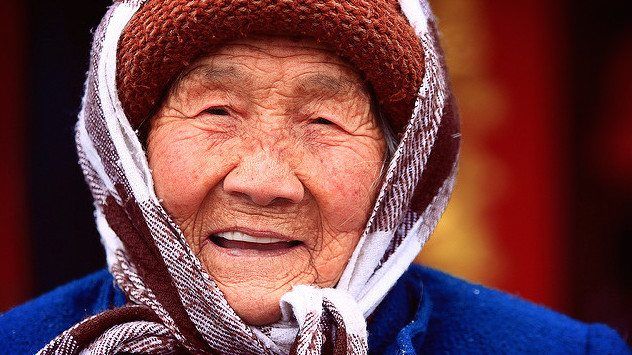 By James Kingsland for The Guardian

It may seem unlikely, but a small and growing body of evidence suggests that regular meditation can indeed slow aging, at least at a cellular level.

Do people who meditate age more slowly? It seems unlikely on the face of it. How could sitting immobile with one’s eyes closed, perhaps focusing on the breath, possibly keep the Grim Reaper at bay? That said, the Buddha – surely the archetypal meditator – is reputed to have lived to 80, which must have been an exceptionally ripe old age in 5th century BCE India. And according to Buddhist scriptures, even after 80 years in this realm of existence, in the end it wasn’t old age that finished him off but food poisoning.

Two and a half millennia later there is a small but growing body of evidence that regular meditation really can slow aging – at least at the cellular level. A commonly used proxy for cellular aging is the length of telomeres, the DNA and protein caps that protect the ends of each chromosome during cell division. These shorten slightly every time the chromosome replicates, until eventually the cell can no longer divide, becoming senescent or undergoing “apoptosis” – the cellular equivalent of suicide. Having shorter telomeres in your cells is associated with the onset of many age-related diseases, including hypertension, cardiovascular disease, type 2 diabetes and dementia. Several lifestyle factors have been found to accelerate telomere shortening, such as poor diet, lack of sleep, smoking, drinking and a sedentary lifestyle.

Chronic stress is also known to accelerate the shortening of telomeres. A study published last month found that long-term meditators had a reduced inflammatory and stress response to psychological and chemical stressors in the lab compared with a control group. By countering the effects of stress, could meditation also indirectly slow cellular aging? An older study found increased telomere length in the immune cells of people after they took part in an intensive meditation retreat. Another revealed increased activity of an enzyme called telomerase, which rebuilds telomeres, after a similar retreat.

Now a study by Spanish researchers suggests that highly experienced Zen meditators have longer telomeres on average than people of a similar age and lifestyle. The research also hints that the psychological factors underpinning this beneficial effect were that the meditators had a more compassionate, accepting outlook on life.