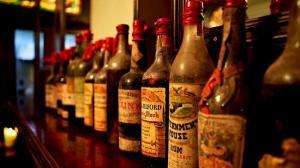 Many people who undergo treatment for addiction will relapse and begin using drugs again soon after their therapy ends, but a new study suggests that meditation techniques may help prevent such relapses.

In the study, 286 people who had been treated for substance abuse were assigned to receive one of three therapies after their initial treatment: a program that involved only group discussions, a “relapse- prevention” therapy that involved learning to avoid situations where they might be tempted to use drugs, and a mindfulness-based program that involved meditation sessions to improve self-awareness.

And after one year, participants in the mindfulness group reported fewer days of drug use, and were at reduced risk of heavy drinking compared with those in the relapse prevention group. This result suggests that the mindfulness-based program may have a more enduring effect, the researchers said.

The researchers emphasized that mindfulness-based programs are not intended to replace standard programs for preventing drug relapse.

“We need to consider many different approaches to addiction treatment. It’s a tough problem,” said study researcher Sarah Bowen, an assistant professor at the University of Washington’s department of psychiatry and behavioral sciences. Mindfulness therapy is “another possibility for people to explore,” she said.

More research is needed to identify which groups of people benefit most from the approach, Bowen said.

About 40 to 60 percent of people who undergo addiction treatment relapse within one year after their treatment ends, the researchers said. Although 12-step and traditional relapse-prevention programs have value in preventing relapse, “we still have a lot of work to do,” Bowen said.

Mindfulness-based relapse prevention, a program developed by Bowen and colleagues, is essentially a “training in awareness,” Bowen said.

In this program, each session is about two hours, with 30 minutes of guided meditation followed by discussions about what people experienced during meditation and how it relates to addiction or relapse, Bowen said. The meditation sessions are intended to bring heightened attention to things that patients usually ignore, such as how it feels to eat a bite of food, or other bodily sensations, as well as thoughts and feelings.

The mindfulness program may work to prevent relapse in part because it makes people more aware of what happens when they have cravings.

“If you’re not aware of what’s going on, you don’t have a choice, you just react,” Bowen said.

The program also teaches people how to “be with” or accept uncomfortable feelings, such as cravings, rather than fight them, Bowen said. In this way, people learn skills that they can apply to their everyday lives, and not just situations in which they feel tempted, which is usually the focus of other prevention programs, she said.