Meditation Changes Your Brain For The Better; Treats Migraines And Cognitive Impairment 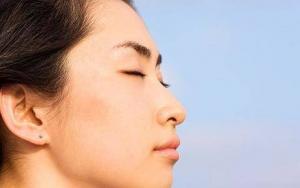 By Lecia Bushak for Medical Daily

We already know that meditation is good for our mental and physical health, but more and more evidence is delineating just how valuable it could be as an addition to our daily lives.

In a new research report, researchers from Wake Forest Baptist Medical Center examined the efficacy of a meditation and yoga program known as mindfulness-based stress reduction (MBSR) in treating mild cognitive impairment (or having issues with memory) and migraines. They found that, indeed, meditation as a form of therapy actually changes the brain for the better — and can help people cope with cognitive impairment as well as migraines.

In the first study, the researchers examined participants aged 55 to 90 years old who had some form of mild cognitive impairment. Some of the participants practiced MBSR for eight weeks, and they ended up with improved functional connectivity in an area of the brain that’s associated with memories. As a result, the authors believe that meditation can help fight Alzheimer’s disease and dementia. The participants who practiced MBSR for eight weeks also had fewer migraines that were less painful than people who didn’t practice MBSR, as outlined in the second study.

The researchers were inspired by their own personal experiences with yoga and meditation. Dr. Rebecca Erwin Wells, the lead author of the study, explained in the press release that when she was a varsity rower in college, her coach made the team take yoga and meditation classes.

“My teammates and I noticed that yoga and meditation improved our flexibility and focus, but also made us feel better, not just when we were rowing but in our everyday lives,” Wells noted in the press release. “I wondered if yoga and meditation really have scientific benefits, especially if they have specific effects on the brain, and if so, how that works.”

Plenty of other studies have examined the positive effects of meditation. In one, researchers found that people who meditated produced a larger amount of antibodies, and had a stronger immune system when given the flu virus, compared to people who didn’t meditate. Another study found that meditating for eight weeks significantly altered the brain’s gray matter, which is typically associated with processing information. This is one reason why researchers believe meditation could boost memory and empathy, and reduce stress.