Meditation and the Bayesian Brain with Shamil Chandaria. 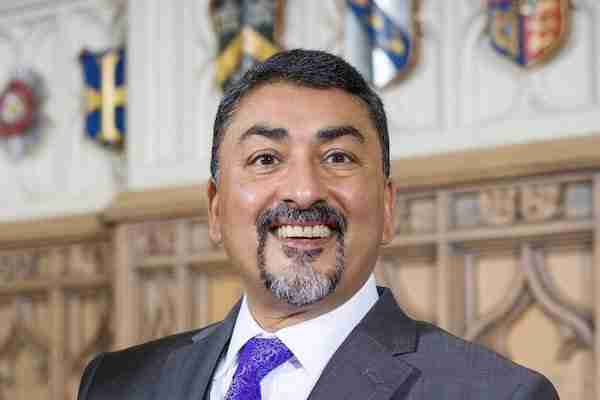 Host Michael Taft talks with philanthropist, serial entrepreneur, technologist, and meditator Dr. Shamil Chandaria about predictive processing as it relates to meditation, our phenomenal self model, recognizing our own fabrication hierarchy, replacing our top level priors as a way to understand nondual enlightenment, and much more.

Dr Shamil Chandaria OBE is a philanthropist, serial entrepreneur, technologist, and academic with multi-disciplinary research interests spanning computational neuroscience, machine learning and artificial intelligence, and the philosophy and science of human well-being. His PhD, from the London School of Economics, was in mathematical modelling of economic systems using stochastic differential equations and optimal control theory.  Later he completed an MA in Philosophy, with Distinction, from University College London where he developed an interest in philosophy of science and philosophical issues in biology, neuroscience, and ethics.

In 2018 Dr. Chandaria helped to endow the Global Priorities Institute at Oxford University, an interdisciplinary research institute focusing on the most important issues facing humanity. In 2019 he was a founder of the Centre for Psychedelic Research, in the department of Brain Sciences at Imperial College London, a neuroscience research institute investigating psychedelic therapies for a number of conditions including treatment resistant depression.  He is also funding research on the neuroscience of meditation at Harvard University and Berkeley, University of California.

In 2022 Dr Chandaria was awarded a British OBE for services to Science and Technology, Finance and Philanthropy. He is also a long-term meditation practitioner.

The Bayesian Brain and Meditation Lecture, by Shamil Chandaria