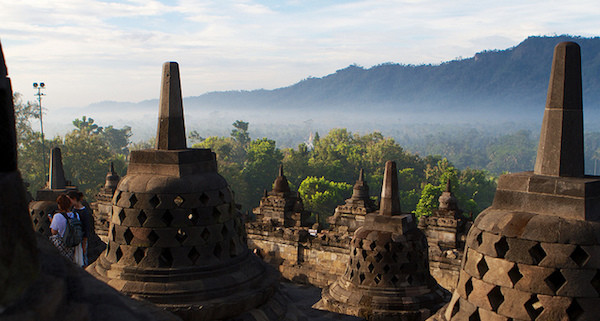 Here’s the thing about meditation: it’s hard. Anyone who says it isn’t hard is trying to be kind, like when the doctor says, “This won’t hurt a bit.” Anyone who thinks spending ten thousand hours sitting on their ass, locked in a wrestling match with their demons, is fun is either crazy or lying. Sure, there are times when meditation feels blissful, but for the most part it’s a long, tough haul to awakening.

On the other hand, meditation really works. That’s the reason I do it. Ever watch a dog chase its tail? That’s what the inside of your head looks like. Except that a dog eventually gets tired, and your head doesn’t. It just keeps going and going.

As the decades of belief and meditation piled up, something became clear to me: meditation and religion are two different things, and it is very possible to have one without the other.

There is, however,  a place outside that craziness: a way to see what’s actually going on and to learn who you really are, and meditation is one way to find it out for yourself. From that place of stillness it’s possible to help yourself and to help others. The bad stuff isn’t as bad. The good stuff is better.

But you don’t get there just by wishing for it. That dog has to be coaxed out of its infatuation with tail chasing, and needs to get petted and loved up before it eventually settles down and takes a nap. 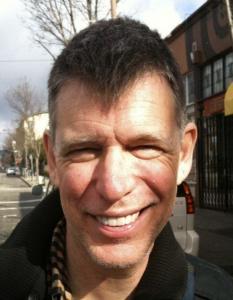 I believe meditation is one of the most useful, helpful, and effective actions you can take as a human being. I spend much of my free time working on this blog about meditation (for free), teaching meditation classes, and coaching meditation students. I really believe in meditation.

But I don’t believe in the religions surrounding that core practice. Buddhism and Hinduism are the main ones, but Jains, Sikhs, Christians, Muslims, Jews, and others have forms of meditation embedded into their traditions as well. I started out life in a Christian family but I never was much of a Christian. The Jesus story has always left me cold. As soon as I could, I took up Buddhism and worked with that for many years. After a major experience I started to relate to Hinduism more and spent a many years doing deep Tantric Hindu meditation and practices. As the decades of belief and meditation piled up, something became clear to me: meditation and religion are two different things, and it is very possible to have one without the other.

That’s why I started by mentioning how hard meditation is. Because we know from neuroscience that a belief system can help you to do hard stuff, like buckling down and sitting regularly. The concept that meditation is “holy” or that it “builds merit” or whatever does provide some incentive. For some people, god is a strong goad. But it’s not as if such ideas are necessary, or that meditation is by definition a religious practice. In my experience, the religious beliefs get in the way about as often as they help.

I realize that this post could make some people angry and that I may get a lot of flak for it. But—this is important—I’m not saying that religion isn’t true or real or that I know better. I don’t. I don’t believe anybody actually knows what’s going on in the Big Picture. The ultimate questions of existence are just too large and complex for our little meat-based monkey brains to figure out. Who knows? Your religious beliefs could be 100 percent true, and that would be fine with me. Really. 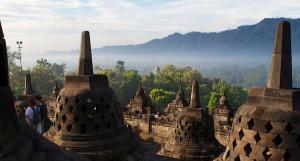 My point is that meditation practice can be done just as well without delving into metaphysical belief structures; without getting involved in religion at all. Probably it can be done better. It’s hard enough without spending a lot of time talking about karma, or sin, or reincarnation, or whatever else. As far as I’m concerned, those are just interesting, sometimes beautiful imaginary concepts until proven otherwise. Why waste time on speculative matters, when we can be productively working on our meditation practice?

So I don’t teach any religious or metaphysical ideas in my meditation classes or talk about them on this blog. I teach people how to meditate and to wake up, plain and simple. I figure that there are enough places to get your meditation embedded in a religious matrix, if that’s how you like it. I support you doing that, if it is what helps you.

I’m offering an alternative. Meditation instruction that contains no religion, that contains no superstition—just the nuts and bolts of getting the job done. I sometimes talk about enlightenment or awakening, but I’m describing a psychological state, not a divine one. I sometimes use the technical terms of religions because they are handy. People who have religious beliefs are very welcome here. I’m not critical of them, because I don’t believe that I know any better than they do. It’s just that those beliefs aren’t necessarily relevant to meditation, so let’s move on. There’s a lot to get done.

5 thoughts on “Meditation and Religion”