The McMindfulness Craze: The Shadow Side of the Mindfulness Revolution 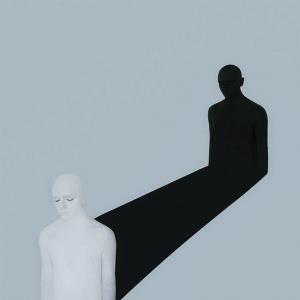 By Jeffrey Rubin for The Interdependence Project

In case we had any doubt after watching Anderson Cooper on “60 Minutes,” mindfulness is the new yoga – and we are in the midst of a mindfulness revolution. It’s been embraced by celebrities, business leaders, politicians and athletes; and recommended by doctors, clergy, psychotherapists and prison wardens. Apps and bestselling books touting the benefits of meditation proliferate. Google “mindfulness” and you’ll get over 24 million hits.

It’s not surprising that with unbridled enthusiasm about mindfulness come exaggerated claims and problems that are eclipsed. Jon Kabat-Zinn, one of the architects of the mindfulness revolution, claims mindfulness “has the potential to ignite a universal or global renaissance that . . . would put even the European and Italian Renaissance into the shade . . . [and] that may actually be the only promise the species and the planet have for making it through the next couple hundred years.”

Backlash was inevitable. Critics are beginning to highlight the shaky foundations of the scientific claims of meditation’s seemingly miraculous efficacy. After reviewing 18,000 scientific articles on meditation, the Association for Health and Research Quality at the National Institutes of Health (NIH), a governmental organization that manages standards of research, declared in 2007 that future studies must be “more rigorous.” In other words, the scientific evidence for the efficacy of meditation has been overstated and does not support the claims from evangelists of mindfulness about its benefits.

Buddhists have also pushed back, arguing that the mindfulness vogue has divorced meditation from its grounding in traditional Buddhist teachings.

But focusing on these problems with the McMindfulness craze obscures a more profound one – meditation neglects meaning. This not only opens the door to grave dangers, but also compromises meditation’s radical potential.

I’m both a psychoanalyst and a long-time student – and now a teacher – of meditation. Over the years, I’ve witnessed the capacity of meditation to increase awareness, deepen compassion and cultivate wisdom. This is an immense gift for Western culture in general and psychotherapy in particular. But I’ve also seen how students and teachers of meditation alike grapple with unresolved emotional and interpersonal conflicts that meditation by itself sometimes doesn’t touch, and in some cases hides.

The research of Jack Kornfield, a psychologist and one of the United States’ most beloved Buddhist teachers, who interviewed nearly a hundred Buddhist teachers from a variety of traditions, supports this. He discovered that a significant number used psychotherapy to deal with psychological issues that meditation could not resolve. “Even the best meditators have old wounds to heal,” Kornfield wrote in Bringing the Dharma Home: Awakening Right Where You Are. What he noticed in other Buddhist teachers, himself and his students, in over 40 years of teaching and practice, was that “meditation practice doesn’t ‘do it all.'” While wonderful, it often left untouched childhood wounds, unconscious fears, loneliness, poor self-care, troubles at work, and difficulties handling feelings and intimate relationships.

One explanation for this is that we are to blame. If only we would increase our dedication to meditation, learn to focus, and overcome our personal inadequacies, then perhaps we could change those things about ourselves that disturb us. Could this self-blaming explanation have reinforced the sense of inferiority that may have brought us to meditate in the first place – a troubling irony that perhaps too few Buddhists may contemplate?