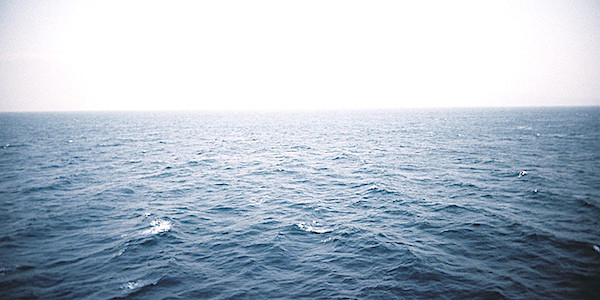 [dropcap]In[/dropcap] mindfulness meditation we observe and explore our experience without trying to control, manipulate, or change it. One the first big insights for many of us is how much we try to control every aspect of our life. Everything from our relationships (and the people we have them with), to our bodily functions, to our meditation practice. There is control in the protective way we hunch our shoulders or tighten our jaw. There is control in the ways we hold back with the ones we love. Meditation reveals this to us and then gives us tools to deconstruct all the reasons we are holding on so tightly. Eventually the reasons matter less and less and we can truly begin to trust the process of being human. We see that the control we thought we had was imaginary anyway. That can be scary and even heartbreaking, but slowly it becomes a freedom that is complete and unconditional. 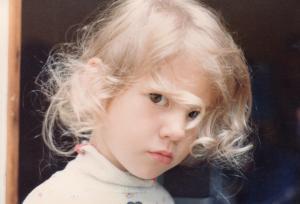 I was terrified to let go of the control I thought I had. I grew up with a lot of chaos and inconsistency, I felt out of control and unsafe much of the time. At a very young age I found ways to manipulate others around me to create a sense of safety. I wanted to have some say in what was going on. So at about five years old, I started to hold my pee. My mom would find me outside bent over, with a red face and a very tense little body. This continued into late adolescence. It was the first of many ways that I resisted and controlled the experience of being alive, of being me. This control was nothing more than a fantasy in my mind, and did nothing to improve my situation, but it permeated my life for many years.

Then, when I was eleven years old my diary entries started to include things like this:

“Tonight was the last time I’m going to eat dessert”

Food, or lack thereof, became the new way that I could keep a handle on things. I had power when I starved myself. I was in charge. I also began mistreating my younger sister. Aggressively bossing her around, finding ways to make her feel as bad as I did, while again, giving me some feeling of power and control over the situation.

[x_blockquote type=”center”]I was terrified to let go of the control I thought I had. [/x_blockquote]

When starving myself or bullying my sister didn’t cut it, the feeling of powerlessness grew and my sadness started to bleed through. I started cutting my arms, leaving scars. This was also when I started thinking about suicide. I would sit in my room and think about how to make it all stop. I suppose killing myself would have been the ultimate way to exercise control. I would be controlling something as mysterious and unknown as death. I would make the decision to remove myself from the chaos and confusion of my life, and from the people in it.

Luckily, instead of razors or a fall from my third floor bedroom, I found drugs and

alcohol, which take a lot longer to actually do you in. From the beginning I had two versions of intoxication. Version one was to control my intake, getting just drunk or high enough. I trained myself not to throw up, and had very elaborate ways to avoid hangovers. The other version was to throw caution to the wind and lose all control. By fourteen, I was really tired out and letting go of the reins (version two) was such a relief. Drinking and drugs became yet another way to block out the moment-to-moment experience of being alive. I could control them like I did with food or use them to turn everything off, a slower type of suicide.

When I began having romantic relationships I discovered a whole new world to control. I controlled my interactions, creating the version of me that I thought would be most lovable and desirable. This was, of course, disastrous.  I became more and more shutdown and unable to connect. I also tried very hard to control my partners. I loved dating drug addicts and alcoholics—there was so much to fix! I could spend a few years trying to change and manipulate someone. It always ended badly. Sometimes with blood and restraining orders and sometimes with sudden splits that overlapped with the next bad romance.

In the Middle of the Ocean

Control was the fabric of my life. This fabric quickly began to unravel when I was introduced to meditation. It was like being thrown in the middle of the ocean. All the chaos that I had tried so hard to avoid came rushing at me, stored up for all those years. The first few months of my practice were very challenging. The fact that I had clung to a false idea of control for so long was shocking. What lay beneath all that control was, while familiar, also shocking. I had to slow my life down for a while, ask for help, and find new ways to feel safe. I had this constant, crushing ache in my chest for weeks. When my teacher suggested that it had always been there and that perhaps it was grief, I knew he was right. I hadn’t been thrown in to the middle of the ocean. I had always been there, I was just blind to it.

For a while I brought this controlling attitude into my practice. I wanted to get it right, to be the best meditator, to get to the finish line and stand on solid ground. A strong daily practice and good teachers didn’t let me get away with this for long. I started to loosen up and understand that there was no solid ground. Beyond my childhood and all the reasons my life gave me to stay tight and controlled, there is also the primal fear that arises from being a human on this tiny planet. We all want to find solid ground, to make sense of this life thing. To let go of that tension is to open your eyes to the vast unknown. That can be reason enough to keep a tight hold on some semblance of order. 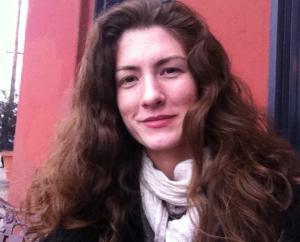 As I slowly open my eyes to the mystery of being alive, I find that going though the fear is worth it. There is so much beauty in life when I stop resisting the simple fact that I am not running the show. I only have “problems” when I’m not in acceptance of what is. The problems I had in the past no longer exist in the same way. They don’t manifest in eating disorders, or holding my pee, or Sid and Nancy reenactments. They are subtler, but also now easier to spot and take apart.

Day after day, as you sit with whatever comes up in your mindfulness practice, without trying to change or control it, you will find that this quality of letting go spills over in to your daily life. By allowing uncomfortable emotional sensations to exist during meditation, you will find there is space for them to arise and move through without getting stuck. You won’t need to hold it all together anymore. You will stop attempting to control your emotional life—which is a huge relief. Just sitting still and not scratching every itch will help you to let go of the constant impulse to manipulate yourself and others. As you listen to the waves of mental talk, without interfering or getting stuck in the story, you will find it less necessary to defend yourself or to have the last word. You will be less susceptible to the urge to figure it all out. By letting go of the need to control everything, you will begin to touch into real freedom.

This freedom is not to be mistaken with apathy or laziness. There is a huge difference between not caring about anything and having acceptance with everything.  Letting go of control does not mean all your dreams and goals will magically manifest with no effort on your part. It will simply become clearer where you should direct your time and attention. The space that opens when you stop being so driven, creates energy and insight for the things that really matter to you.

It’s a long road. Sometimes I still try to control people, places and things. I still get tense. I get afraid that if I let go I will be hurt. I’m in a process of rewiring my brain and that takes time and patience. There is a limited amount of fear to work through, however, and one day I will have no need to control anything. I’m working towards it every day.

This ocean will carry me if I let it.