In My Tribe: Confessions of a Post-Buddhist Dissident 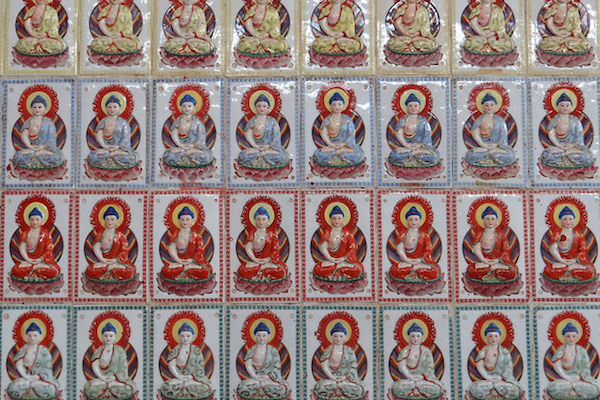 Many of us who began to practice Buddhism as adults came with certain expectations of what Buddhism was about and what it could do for us. And likewise, once we faced the reality of how Buddhism is actually practiced in the West, many of us have been severely disappointed and disillusioned.

But that’s not how Buddhism is practiced in the West. Instead, if you’re like me, you found out it was just the opposite. You encountered a Buddhism that is nothing but escapism into esoteric practices and arcane doctrines, with a calendar of retreats in bucolic spiritual resorts to escape the awkward reality of your life. Worse, it reeks of narcissism, orientalism and exoticism, and upper class white privilege. It’s a religion for the rich who, for all their money and success, cannot fix their own neuroses. So they devised a form of Buddhism that would fix them: the dharma of neurotic self-care. This kind of Buddhism doesn’t help you face reality, it gives you an excuse to totally avoid it. It provides a continuous warm-fuzzy blanket of feel-good affirmations: “I’m OK just the way I am: everything is perfect, just the way it is. Just relax. Love yourself. Breathe.” And so on.

Many people encounter Buddhism and feel themselves at first embraced by it, and then engulfed by it. Even western Buddhist culture feels alien and disorienting. The group’s religious identity threatens to engulf your own secular identity. You fight Buddhism to retain a sense of yourself. You are swamped with disappointments, disillusionment and doubts; fears around belonging and being rejected; resentment of Buddhist authority figures. Buddhism becomes just another religion that tries to disempower and infantilize you. It’s a religion, like any other, that’s always telling you what to do or not do, what to think or not think, that tells you to sit down, shut up and obey, and don’t ask too many questions.

But all that was the easy stuff, the things I saw and worked through in the first five years of practicing Buddhism. What I found most disconcerting about Buddhism, it’s inveterate tribalism, took a much longer time to figure out.

Buddhism, even in the west, is eminently tribal. The degree of tribalism that goes on in Buddhist sanghas is truly astonishing. But I didn’t really see this until I had joined and then left several Buddhist sanghas in succession. After joining and leaving five different sanghas (two Shambhala, one Dzogchen, one Theravada, and one Buddhist social organization), I realized that each one was an idealized tribe, an imaginary community, a cocoon, to use Trungpa’s apt description for the tribe of his own invention.

It’s no wonder there are so many Buddhist cults. I was shocked at first that there were any Buddhist cults, thinking that Buddhism was supposed to be about dismantling conformity to religious norms. At least that’s what the Buddha said he was doing back in the day. But now I find that many sanghas are proto-cults.

Tribes have self-enclosing memberships that require strict loyalty, a tacit agreement not to disrupt the cohesion of the tribe. “Don’t wreck my good vibes, man; don’t bring down my spiritual high.” There’s a hyper-sensitivity to shame and insult, and so a tendency to avoid disagreement or conflict. Along with this repression of open conflict is an undercurrent of veiled hostility, back-stabbing, one-ups-manship, and other forms of passive aggression.

With tribalism, there’s a strong sense of in-group and out-group divisions. Driven by a keen hunger to be loved and accepted, the member works hard to be accepted by the tribe, to work her way into the inner hierarchy and up the ladder of spiritual accomplishments. You have to repress your individuality and irritation with conformity, and surrender to group norms. You sacrifice a lot to belong to the tribe and make progress on “the way.” And then you get angry that you gave up so much, and it wasn’t even worth it.

Feeling like you’re really “in” with the in-group also requires that you distinguish yourself and your sangha from the out-group. The out-group is first and foremost, other Buddhist sanghas. They are the out-groups that you are really competing against. You have to convince yourself, and your imagined competitors, that your sangha is really the best, your lama or roshi or bhante is spiritually superior to all others, or at least, the ideal guide for you. Your sangha’s teachings are the most authentic, the most relevant in today’s world, the fastest and surest route to enlightenment (whatever that is). Your sangha has the most popular teachers, the best retreat facilities, the coolest celebrity members, etc. ad nauseum.

It still amazes me when I get into one of these sanghas that it becomes a whole social world unto itself. It’s almost like all the other Buddhists in all the other sanghas disappear. There is nothing but this sangha, this meditation center, this teacher. It’s really quite magical how it works, but it’s nothing but a trick of the mind. The mind prunes and suppresses memories of all the friends and acquaintances you made in all the other sanghas you’ve been to. Or they become “the enemy”, the sangha that didn’t work for you. Secretly, in your heart, you wish for this to be the ideal community, that one that is really going to do it for you, make you feel complete, whole, loved, securely attached (as Josh Korda is always saying), or like OK.

It’s not that sanghas fail at the task of providing that warm attachment, that longed-for tribe. On the contrary, they’re only too good at it, they succeed at tribalism all too well. And then all that conformity becomes stifling and oppressive, and you want to get out. Once you’re outside of that realm, you can really see the tribal dynamic. It’s only after repeated attempts to join a variety of sanghas that I realized that I didn’t need to join any of them. I didn’t need that much of a tribal sense of belonging. I could wear it lightly, come and go as I pleased. I could make friends with lots of people in lots of different sanghas, and not have to churn up some feeling of loyalty to any particular one.

Buddhism is a religion, and like all religions, offers the emotional security of belonging to  a tribe. But if that’s all Buddhism has to offer, than it isn’t offering anything different than any other religion. In the last analysis, what all religions have to offer is comfort from the existential dilemmas of life, and the security of belonging to a tribe. But tribalism is precisely the social dynamic that is holding the entire human species hostage to racial and religious conflict, hatred, violence and war. If humans are going to survive as a species and evolve towards becoming a species that thrives on cooperation within ever-tightening ecological limits, then we have to get beyond tribalism. Detachment from a group identity is a first step toward creating a universal connection with people who are very different from us.

I didn’t get to that point until I realized that I didn’t need to learn Buddhism within just one sangha, or one tradition. The typical marketing ploy is to admonish you to “stop shopping” for some ideal spiritual community. Commit yourself to one sangha, or one tradition, and see it through to the end. But that’s actually quite bad advice. I found just the opposite is true. You should go to a number of different sanghas, teachers and traditions: Theravada, Zen, Tibetan, Pure Land, etc.—so you get a full picture of what contemporary Buddhism is about, its range of teachings and practices, it’s historical and cultural context.

I also found that I didn’t need to learn Buddhism within a sangha at all. I could do just as well learning on my own, with books, podcasts, and online courses. I actually found that online sanghas are and excellent way to learn and share dharma. Online sanghas tend to be more willing to question and debate, to disagree and work through arguments. There’s less of an expectation that you should protect someone’s feel-good bubble. There’s an incentive to question and challenge beliefs which yields new insights.

At this point, I’m down to just going to my local meditation group once a week, mostly to connect with other people and make friends. In a way, I’ve been through hell and back with all these sanghas, but in the process I’ve gained my freedom. I’ve learned to rely on myself; I am “independent of others in the dhamma”, as the suttas say. To become a buddha, you have to become a buddha all by yourself. With others. Buddha called it “the homeless life”, and to me that means homeless in terms of sangha as well. The shramana tradition is the way of the wandering sage. Every Buddhist community I visit is in some sense my tribe, but I don’t “belong” to any of them.

Ultimately, I had to be wiling to walk away from Buddhism altogether; the teachings, the practice, all of it. That’s the only way I can be sure that I’m never a slave to institutional Buddhism. You must never let Buddhism be your master; it must always be your servant. 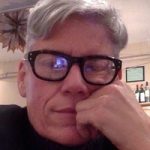 Shaun Bartone is the editor of Engage! blog at engagedbuddhism.net. He has 30 years experience in community organizing in the area of human rights, urban development, labor, economic, and environmental justice. Shaun has been practicing meditation and studying Buddhism for ten years, primarily in the Theravada tradition, integrating insights from dharma and meditation with his experience in social change. Shaun is the spiritual director of Queer Dharma Cirlce at Bird Hil Farm in Ware, MA, a multi-lineage dharma program for queer and trans people.

3 thoughts on “In My Tribe: Confessions of a Post-Buddhist Dissident”