Some Fruits of Meditation: Simple Happiness 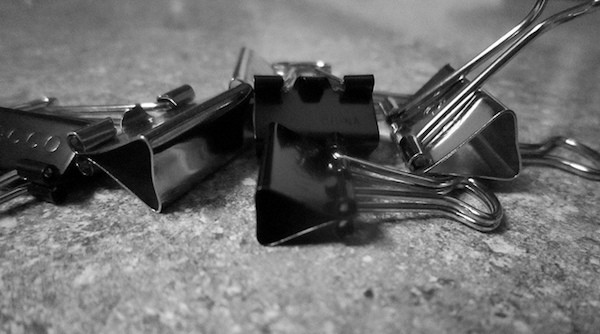 As regular readers of my blog know, I’ve been meditating for some time, with some useful results.

A lot of modern meditation teaching and writing emphasizes meditation for benefits: be calmer, more loving, happier, be more effective. Heck, even “make money.” That’s all very nice, and I’ve certainly noticed benefits, but the original impetus for a lot of techniques was to learn something specific: What you really are.

A lot of what I do is “choiceless sitting.” I just sit there, and do nothing. Impulses come, thoughts come, feelings come, and I just let it all pass.

About a month ago, I woke up one morning with extraordinary clarity. I could feel each impulse to do something very clearly. Get up. Roll over. Scratch. Go check my email. Use the toilet.

Each one came very slowly and I watched it, and it subsided. And another, and another.

They were all, very clearly, external to me. I was watching them, and they were not me. The sensation was unpleasant; as though they were impositions, some outside force trying to make me do things.

This wasn’t a unique experience, but it was far clearer than during normal mediation, where the impulses felt much closer.

A Sense of Freedom

The Hindus sometimes say there are two paths: “not this, not that” and “this and that.”

On the first path, the one I’m on, you peel away everything that isn’t you until you realize that you are the witness, and everything you thought was you, like your body, your thoughts, your personality and so on, isn’t you.

This aligns very well with modern neuroscience, by the way, which finds that by the time the conscious mind is aware it has made a decision, the decision has already been made. You think you have free will, you think you make choices, but you don’t. You just rationalize choices your body has already made.

Ramakrishna put it, theistically, “You do nothing, God does everything.”

The result of this is a sense of freedom: Because you don’t actually make choices, you can stop worrying about them. You aren’t in control, it’s not your responsibility, so chill.

This idea is intensely alienated from the common understanding of the human condition, with all its emphasis on free will, and choice, and responsibility, and doing this, and doing that.

That Which Never Changes

Meditation can also produce a very profound feeling that what you are never changes. Indeed, it can’t. This core “Ian” was the same when I was five years old, 25, and today. My body and personality have changed quite a bit from age five to 25, or even two years ago, but that core is the same.

More than that, that core is the same as everyone else’s core. My self has no features different from your self.

Again, this is very alienated from the common understanding that we’re all unique flowers, slightly different from each other.

We are, but only in the non-essentials, the stuff that isn’t the self, like personality, or body, or personal history.  The self, that never changes, seems to be the same for everyone.

(For the Buddhists who follow the canon that there is no self, I’ll note that I understand why Buddhists believe this. You look at everything you can sense and realize “I’m not that” and are left with nothing. I simply follow the Hindus, that nothing is something, at least, that’s my sense of it. Some Buddhists, for example many Chan Buddhists, agree.)

Because the self can’t change, it also can’t be hurt. If you identify as the self (or the nothing), there is a sense that you are impervious: Yes you can feel pain (and it sucks), and your body can be hurt, but that which is actually you remains as it always was.

Happiness for No Reason

This allows for a great relaxation: You don’t have to be scared and worry all the time. That relaxation has physical benefits; you wind up in parasympathetic mode far more often. You suffer far less stress, and you’re far happier and healthier as a result. The default “not doing anything” mode for humans is to think about the past and the future, but you start doing that far far less, which is good, because worrying and dwelling on the past makes people unhappy and imaginary threats make you stressed.

This also allows a great deal of happiness to arise. It’s not the “uncaused happiness” which comes later on the path (and which I have experienced only rarely), instead it is happiness that takes almost nothing.

“My goodness this food is wonderful. Isn’t that a beautiful bird? Isn’t it wonderful that we can make buildings which soar?”

My favorite experience was about five months ago. I was walking down the street and heard the distinctive sound of air brakes and the squeal of a bus and felt happy. Isn’t it wonderful that I don’t have to walk everywhere, and I also don’t have to own a car? (Not that cars aren’t wonderful.) I felt absurd that this made me happy. But hey, happiness.

The small things that are great (ahhhhh, this mattress is soft) you notice far more often and you receive far more pleasure from. A lot of people miss all of this: They walk in a world of wonders, and they gain no pleasure from it.

A New Relationship with Fear and Anger

In the summer of 2015, readers may remember the Greek financial crisis: Syriza had been elected and was trying to avoid the worst of the terrible austerity the Troika had forced on them.

I was pretty chill about that until Syriza betrayed the Greeks by accepting a terrible deal. I was furious. I wrote an angry denunciation and went for a walk. An hour later, I was still angry, and I wasn’t enjoying being angry. It’s not a pleasant feeling when it drags on and on.

I thought, “This is ridiculous. Being angry doesn’t help the people on whose behalf I’m angry, and it hurts me.”

If you’re like I was, or most people are, you’ve had many such thoughts: “Don’t worry, be happy,” “Just relax,” “Dwelling on your mistakes doesn’t help.” They’re all versions of, “Being unhappy doesn’t help the situation.” You think the thought, and whatever emotion you’re stuck in, or problem your dwelling on, doesn’t go away.

But this time it did. Just disappeared. And I was happy.

A couple hours later, at home, I started dwelling on my personal financial situation. Not good. I was poor and if I didn’t get some money, I might even wind up on the street. I reviewed my plans, and what I was willing to do to avoid such a fate, and then I thought, “Dwelling on this further won’t help. I’ve made my plans, I’m doing what I’m willing to do, so there’s no point in making myself unhappy by dwelling on it.”

Again, I’m sure most people have such thoughts, and most of the time they don’t work. Maybe we stop for a few minutes, through willpower, but soon we’re back to it.

This time, however, I stopped, and I was happy and I didn’t go back to it. No point. When new facts come up about my finances, I revisit, decide what I’m willing to do and pack it away.

Not Giving a Shit

Life is often a shit show, but as Twain once wrote, “I am an old man and have known a great many troubles, but most of them never happened.”

I didn’t change any of what I had planned to do about money, I didn’t worry, and so far (at least), I haven’t wound up on the street. Even if I had, I might as well enjoy the day. And for the day I have food, internet, books, and a place to sleep that is air conditioned and rather comfortable. Why should I be unhappy?

None of this means that bad stuff doesn’t happen or it doesn’t suck when it does. Many years ago I talked to someone who was probably enlightened and asked about enlightenment and suffering. They said, “There is no suffering when you’re enlightened, but it’s still better to have less pain.”

I didn’t understand that then, but I do now, even though I’m not enlightened. What you learn to do is not add anything to whatever pain you’re experiencing, to not care that you’re in pain. That reduces the effect of the pain significantly, but it doesn’t mean that pain doesn’t still suck. Enough pain and you’ll still be screaming with the worst of them.  Still, you know it doesn’t harm that which is truly you and you know that it will end.

It’s funny that I started this article by saying meditation is about finding out what you are, not about benefits, then turned to the benefits. But like a lot of things in life, if your primary concern is the benefits of the action, those benefits are often slower in coming. Most of the benefits of meditation come from not caring.

I often joke: “The whole of the path is not giving a fuck.”

It’s a joke. It’s also true. The first time I listened to this “guided meditation” I laughed myself sick, because it’s exactly right.

Happiness is not giving a shit. It is not worrying, not dwelling and moving on. It isn’t not planning or not trying to fix things, it’s not mindless. You do what you can, you make your plans, but you don’t dwell. Someone insults you, say, you may get angry, but you aren’t thinking about it three hours later. You experience pain, you don’t start down the self pity road and once it’s done, it’s done.

I’m not perfect at this, oh no. I make no claims at enlightenment.  But I am far far better than I was two or three years ago.

Everything passes and most of the suffering of life comes from what you add to what actually happened.

And strangely, not caring, not clinging, leads to a lot more happiness.  Ordinary people think that if you’re happy you should grab on to it hard, but that kills the happiness. Be happy, let it pass, and something else will happen to make you happy.

These, then, are some of the fruits of meditation. Eat, and enjoy.

Ian Welsh writes at ianwelsh.net. At various points in his life he has worked an editor, bicycle courier, compliance officer and many, many other things.