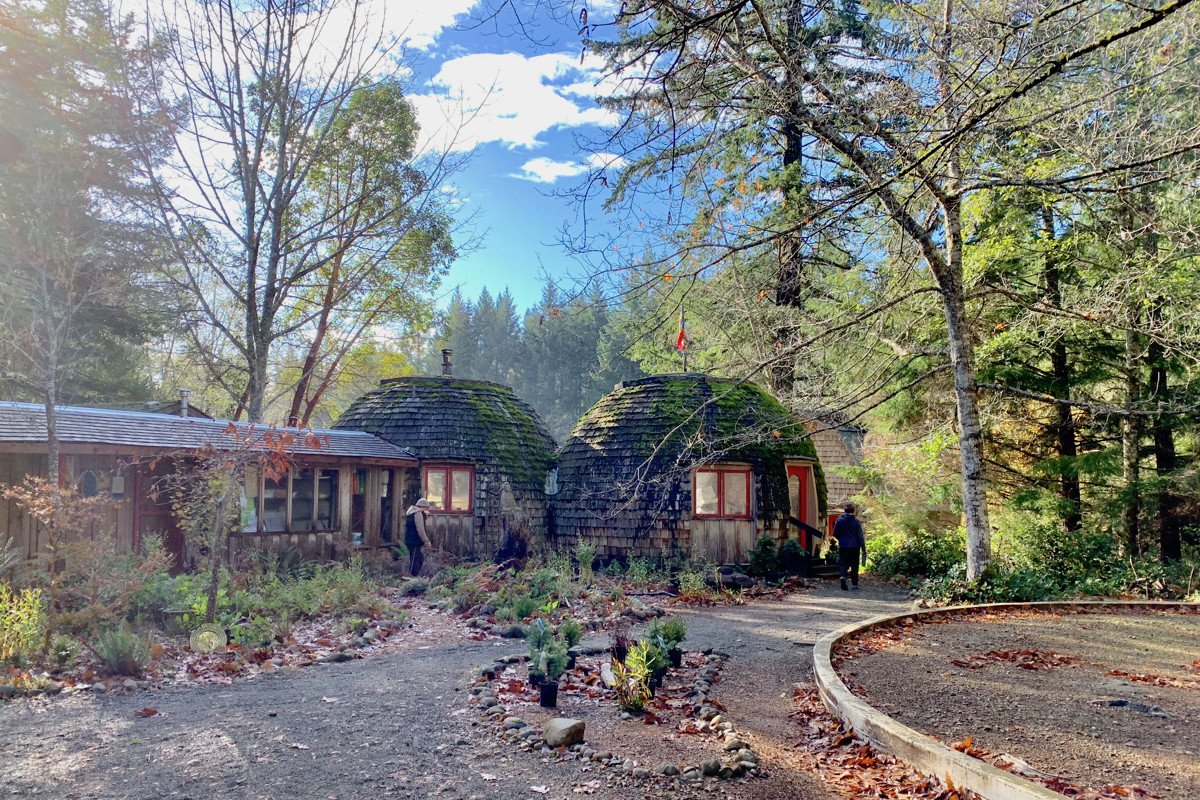 I recently went to the Fire Kasina retreat on Denman Island, in British Columbia. The group was hosted by Lama Shannon Stein, at a tiny Tibetan Buddhist retreat center on the island, called The Hermitage, and the practice was taught by Daniel Ingram. I had only done the Fire Kasina meditation (FK) a couple of times in the past, in a very informal manner, so this was the first time I was engaging the practice in a dedicated way. Daniel talks about FK in these two podcasts (this one, that one) and his enthusiast descriptions got me intrigued. That enthusiasm is not misplaced, as I discovered the FK practice to be both powerful, useful, and even fun.

That said, I mainly teach in the system of Shinzen Young (i.e. Unified Mindfulness) and I found myself at first confused about or misunderstanding some fine points of FK meditation. So I talked to Daniel at length about it, asking clarifying questions and then doing more of the practice myself. Eventually I arrived at some pointers and “translations” that are specifically aimed at Shinhead meditators attempting to do the FK practice. Hopefully this will make it much easier for you to do it, and that’s what the rest of this short article is about. The assumption I’m making is that you’ve already read the description of how to do the practice elsewhere, and so I won’t describe that here.

See In or See Out?

The very first question that will come up for a Shinzen meditator is: Am I looking at See In or See Out? (Or as I prefer to call them Mental Image or External Sight, using the older labels.) This turned out to be an issue that required a lot of discussion with Daniel to untangle, but we eventually came to a mutual comprehension about how you would talk about it in the UM system. The short answer is that it’s both See In and See out, so let’s unpack that a little bit.

One of the several reasons that Shinzen switched from the old labels to the See In/Out labels was to emphasize that there was no real separation between external sight and internal mental images. Dispelling the illusion of separation between inside and outside is one of the main realizations of awakening. We can practice in that direction by realizing that See In and and See Out are really just one field of Sight experience. A common special exercise I teach is to switch back and forth between See Out and See In, or Hear Out and Hear In, to practice noticing them as unified fields of sensory experience. See as only See. Hear as only Hear. No inside or outside.

Nevertheless, Shinzen meditators spend a huge amount of time distinguishing between the inner and outer experiences of Sight in order to clarify sensory experience. So when you first encounter the FK meditation, it’s entirely natural to ask which is it, See In or See Out? The goal of FK meditation is awakening (i.e. the classic Buddhist four paths, beginning with stream entry) and so it, too, recognizes that in the final analysis there is no difference in experience between the two. Right from the very beginning, the idea is to allow the two to mix freely as one field of Sight experience without differentiating between inner and outer, external physical and internal mental. The mental images flow together with the patterns on the inside of your eyelids, and the patterns give rise to mental images. They switch back and forth, intermingle, trigger and respond to each other continuously.

Eventually you begin to have experiences that can only be described as mental images appearing to be completely “real” or as if you are seeing them externally. Although it might be tempting to call these hallucinations or daydreams, which they are definitely similar to, I believe the proper term for this phenomena is “eidetic imagery.” An eidetic image is defined by the Encyclopaedia Brittanica as “an unusually vivid subjective visual phenomena,” and it is distinguished elsewhere as different from hallucinations or daydreams. I didn’t discuss this idea of eidetic imagery with Daniel, however, so he may disagree.

Regardless of the proper term, you eventually experience extremely vivid, hyperrealistic, immersive visual scenes which are highly compelling. These are the meditation objects you use to attain cessations/fruitions, mainly when the images dissolve, go to Gone, or you have a sense of merging with them. Even if you don’t get as far as all that with these images, they still represent a deep and highly-concentrated meditation experience, as well as just being really cool. 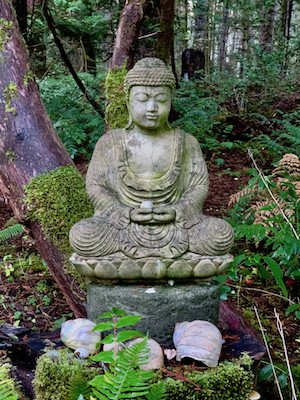 A Practice Hint for Those Who are Stuck

One thing that I noticed happening with some meditators at the retreat was getting stuck for long periods of time in what is colloquially called the “murk.” The murk is what remains when the nimitta has faded away and all you see is the patterns on the backs of your eyelids. Talking to several people, I felt that the cause of their long drought—no images were arising—was that they were overly focused on the See Out aspect of the FK practice, and weren’t allowing the See In manifestations to arise, or to mix in. There seemed to be a kind of hard intensity of vision with the physical eyeballs tightly and narrowly focused as close to the face as possible. Basically staring hard at the insides of the eyelids.

Thinking in Shinzen terms suggested a simple fix, which was to relax the eyes themselves and also to relax the mind into order to allow more internal mental imagery to arise and mix with external sight. In short, focus a bit more on See In. For at least one person I suggested this to, this resulted in a fruition later that day (certainly not his first or only one of the retreat, but it broke the dry spell).

Another question that will come up for any Vipassana meditator, and Shinzen freaks are no exception, is this: Am I supposed to control the images or not? That is, am I doing the vipassana thing of non-interference and non-control with imagery, or am I getting in there and manipulating it, playing around, and generally doing stuff with it on purpose? Certainly Daniel talks at length about playing around with the images, and the fun and interesting things you can do with that, so it seems to suggest a different way of working. However, here again the answer to the question is both, but in a different way.

It boils down to the fact that there are two different paths you can take with the FK practice, which mirror the categories defined in shamanic systems worldwide: the path of the holy person or the path of the sorcerer. The way of awakening vs. the way of the powers. By “sorcery” or “powers” we basically mean magic. Shinzen talks about this distinction in the chapter of his book The Science of Enlightenment entitled “The Realm of Power.” Traditional Buddhism makes the same split, saying that it’s OK to do magical practices (i.e. attempt to attain siddhis), but only after you reach some level of awakening. Before that, it’s too easy to get distracted or deluded and miss the goal of stream entry entirely.

There is, of course, the nagging question of whether the siddhis, or magical powers, are real in any sense, but I won’t go into that here. In terms of the FK practice, if you haven’t at least reached stream entry, then don’t spend much time playing with manipulating the images that arise in practice. This can be super fun and interesting, and you can see how it could become a major distraction. Instead, simply observe them like you would any other meditation object in Vipassana, with a policy of total non-interference. Eventually the images will Flow and eventually go into Gone, which—with enough persistence and repetition—will lead to stream entry. There is quite a lot of extremely fascinating material in the FK book and on the website about how to do the practice in this way.

These few basic ideas should make your experience as a Unified Mindfulness meditator doing the Fire Kasina practice easy and fruitful. I want to thank Daniel Ingram, Shannon Stein, and others at The Hermitage for hosting and teaching a beautiful retreat. 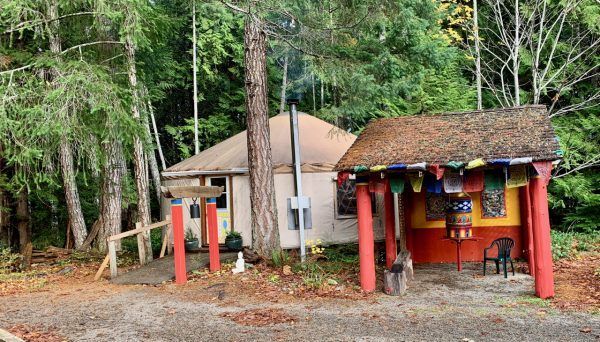 More about how to practice the Fire Kasina as an insight practice (i.e. with a liberation orientation).

photos of The Hermitage by Michael Taft