Emptiness and Fullness: A Story about Stories 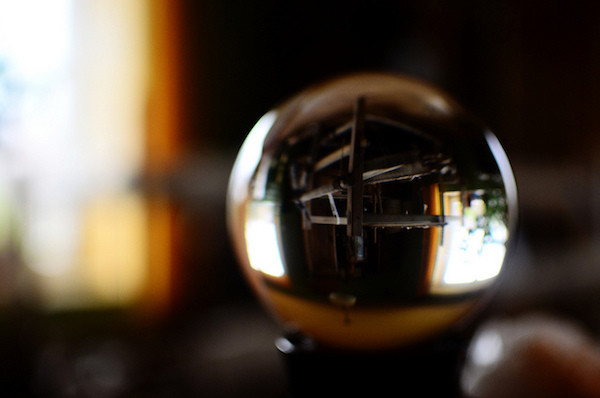 “The stories that make sense of the world are part of the world. It is not by transcending this world that we are transformed but by storying it in a new way.” – David Loy

Buddhism is a system with many different beliefs, stories, and practices. When these systems are embodied they reveal certain truths about reality. And Buddhism isn’t singular, it’s plural—there are many different systems of Buddhist thought and practice and they don’t all agree with one another. All the same there’s a certain style or flavor that I’ve noticed with many Buddhist systems—even those claiming to be “non-dual”—and it has to do with the freedom that comes from not being caught in personal stories. This is sometimes called non-attachment or selflessness or just seeing through certain identities and beliefs. It’s about letting go of what is changing and opening up to something bigger. But whatever that bigger something is, we are constantly reminded, that too is changing. “Today’s enlightenment is tomorrow’s mistake,” so really, again, there’s no place we can stand.

The Expanding Boundary of Freedom

When we take what we previously held as “I” or “me” or “mine” as an object, then we become free of the claustrophobic bondage that’s associated with the clinging or attachment to those sensations. They reveal their ephemeral nature and made-up nature and we find a deeper freedom on the other side of this attachment—the bliss of non-attachment. But here’s the catch: the sense of a subject doesn’t just disappear (although it may appear to temporarily) and our stories don’t all vanish. Instead, we form new, more subtle, and harder to perceive ones! Essentially the sphere of self expands and becomes more subtle. We become bigger, more inclusive, and once again harder to see.

In response to this ever-shifting and expanding sense of subject-object boundary, Buddhism has a tendency to constantly double down on the freedom of non-attachment, of never being satisfied with a new identity because everything changes. That dissatisfaction—or suffering—is what then drives the next layer of investigation and further freedom. But does the self ever really vanish and is there any end—not to mention beginning—to this process?

We can fixate on the notion that there is something which exists outside of this process, which has never been touched or impacted by it. Sometimes it’s called the “deathless,” sometimes it’s called the end of suffering. But this understanding is one that dawns with and through time, and it’s one that also—like everything else mentioned so far—changes! As practitioners we often fall prey to the very thing we preach against: solidifying reality and finding a new solid sense of self in the certainty of our realization. Even if that realization is cloaked in the language of not knowing and going beyond belief altogether! Is it avoidable to do so? I’m doing it right now myself.

If this is so, if there really is no end to the dropping away of self and the further expansion of what we take ourselves to be, then why are we so focused on the dropping away part? What would happen if we were to include the expansion of identity and the profound opening of awareness as an equally valid way of understanding this process?

What I’ve found in experimenting with this view is that it cuts through the dissociative dangers of selflessness. It cuts through depression and hopelessness. And it brings about a greater appreciation for joy and love. It gets us in touch with the creative process of life, unfolding through us, and opening us up into something which is increasingly magical and mysterious.

When held alongside the recognition of the emptiness of all things it gives us an opportunity to start to understand that certain paradoxes have a faulty premise. Self and no-self. Being and becoming. Knowing and not knowing. Birth and death. All of these paradoxes melt in the face of an oscillating awareness of emptiness and fullness. We are constantly challenging what we think we know by opening up to more profound knowledge!

When we can oscillate and flow between these two perspectives, we see that neither is ultimately right.  Indeed, the idea of ultimate truth can’t withstand oscillation, because no matter where we stand we find ourselves shifting in the very next moment.  And sometimes where we shift to is absolutely trustworthy.  We have to trust it, because it’s where we are. And then it changes.  And then we find a new story in this groundless play that makes more sense of what we know.  Or as David Loy put it, “It is not by transcending this world that we are transformed, but by storying it in a new way.”

What story are you telling?

Vincent Horn is part of a new generation of teachers translating age-old wisdom into 21st century code. A computer engineering dropout turned modern monk, Vincent spent his 20s co-founding the ground-breaking Buddhist Geeks project while doing a full year of silent meditation practice on retreat. He lives in the mountains of Asheville, North Carolina with his teaching & life partner Emily and their son Zander.

7 thoughts on “Emptiness and Fullness: A Story about Stories”