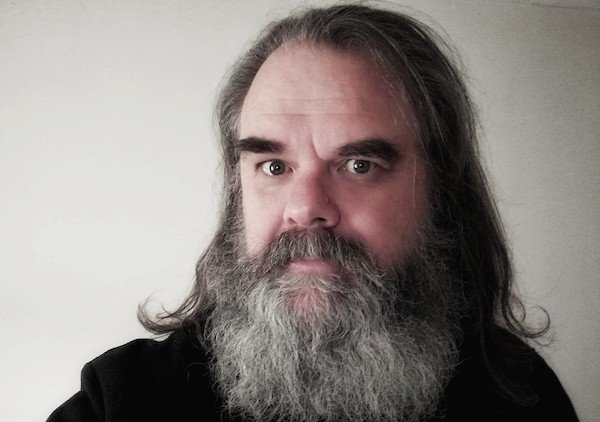 Buddhist scholar Jayarava Attwood speaks with host Michael Taft about the history of the Pali Canon, how ideas about karma & dependent arising contradict each other, the shifting grounds under the apparent solidity of the suttas, monism vs. pluralism, meditation as a subjective or objective practice, and the fact that the Sanskrit Heart Sutra is a forgery,

Jayarava is a longtime member of the Triratna Buddhist Order, who writes about the history of ideas in Buddhism. Since 2012 he has been mainly focused on revising the text and history of the Heart Sutra, and also writes about karma and how it changed over time. His blog explores the clash between modernity and tradition with respect to Buddhism. He also works in various art forms, including music, painting, photography, and calligraphy.

On the anupalambha meditation practice:

2:29 – How Jayarava got involved with the Triratna Buddhist Order and learned Pali

5:47 – The history of the Pali Canon; figuring out when the texts were first recorded; how accurately the original words were memorized

11:45 – Fitting together the concepts of karma and dependent origination; how different Abhidhamma groups and others tried to resolve the contradictions

17:07 – How rebirth became a burden to escape from, rather than a good thing; different concepts of afterlife

21:12 – Differences in source texts; how translations are influenced by commentaries

30:19 – Jan Nattier’s discovery that the Sanskrit HeartSutra is not original but a translation from Chinese, and how often this sort of thing might have occurred with other texts; Matthew Orsborn’s paper showing errors in previous interpretations of the Heart Sutra. “It’s not saying, ‘Okay, form doesn’t exist. It’s just an illusion.’ It’s saying when you get to a certain point in your meditation, form stops arising. It’s not that there’s no form; it’s just that, for you in that moment, form doesn’t exist, or it doesn’t arise.”

36:45 – Description of a meditation practice of paying attention to what’s absent; insight arising after cessation

42:12 –  If you do this sort of critical analysis of Buddhism and parts of it fail, what’s left? The practices and ways of talking about them; the value of practice in modern life

46:11 – The problem of bundling mindfulness with religion, the usefulness of secular mindfulness; multiple ways of teaching are valuable; monism versus pluralism

54:01 – Discovering the nature of subjective reality, rather than seeing reality as it really is

Please support the Deconstructing Yourself podcast on Patreon

5 thoughts on “Deconstructing the Heart Sutra, with Jayarava Attwood”