Culadasa on Meditation and Therapy 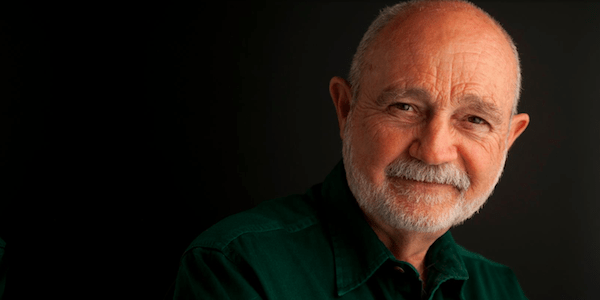 In this special episode, Culadasa talks about the domains of meditation and psychotherapy, where their areas of effectiveness overlap and where they don’t. He also shares a powerful personal story of his own emotional processing work after awakening—why it was needed and how it helped.

Culadasa has been practicing Buddhist meditation for over four decades, and is the director of Dharma Treasure Buddhist Sangha, where he teaches meditation and Buddhism from a modern, progressive scientific perspective. His groundbreaking book, The Mind Illuminated is a modern road map to Buddhist meditation for a Western audience which combines age-old wisdom teachings of the Buddha with the latest research in cognitive psychology and neuroscience.

4:35 – Culadasa begins discussing how inner conflicts and baggage are brought to the surface and handled in the meditation system described in The Mind Illuminated.

10:47 – Minimizing psychological distress when beginning to have insight experiences.

13:52 – Different effects of samatha versus vipassana on noticing and working with difficult psychological material; how the arising of such material may unfold in Culadasa’s meditation system.

19:48 – The necessity of sati and introspective awareness in samatha practice to eliminate dullness and trigger purifications; how to progress from attending to bodily sensations, to emotions, to any associated mental content.

23:32 – Practicing samatha in the way it was intended to be practiced is training the mind in vipassana at the same time.

27:25 – Spiritual bypassing – how people with high meditative skill can fail to notice harmful behavior patterns; how the changes that awakening brings can make it easier to bypass difficult material.

33:23 – Culadasa’s health journey and first meeting with an integral oncologist.

41:32 – Example of using bio-emotive therapy and noticing somatic reactions; how Culadasa’s practice had downweighted negative emotions and this type of therapy helped to reconnect with them.

50:00 – How certain patterns became established in Culadasa’s life and were then uncovered with bio-emotive therapy; viewing these patterns as different personalities.

58:34 – Repeating unhealthy patterns despite having an advanced meditation practice; how the Dharma itself can provide some rationalization for such behaviors when their root in unresolved psychological material isn’t recognized.

1:04:04 – Culadasa describes his current status, feeling highly resolved with his patterns after becoming aware of and working with them, and essentially being in remission from cancer.

1:05:34 – Psychology as an integrated part of the practice of meditation; the possibility of merging psychology and Dharma in the West; the importance of somatic work and treating the body/mind as one unit.

1:09:39 – Differences in how forms of Buddhism have treated the area of emotions; using current science to go beyond what previous traditions have had access to; taking people beyond normal states of dysfunction to states of minimal to no dysfunction.

You can read a transcription of the entire show here.

3 thoughts on “Culadasa on Meditation and Therapy”