Can Meditation Help Prevent the Effects of Aging? 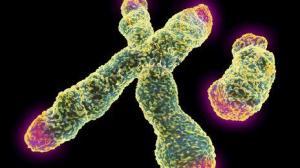 By Jo Marchant for BBC

It’s seven in the morning on the beach in Santa Monica, California. The low sun glints off the waves and the clouds are still golden from the dawn. The view stretches out over thousands of miles of Pacific Ocean. In the distance, white villas of wealthy Los Angeles residents dot the Hollywood hills. Here by the shore, curlews and sandpipers cluster on the damp sand. A few meters back from the water’s edge, a handful of people sit cross-legged: members of a local Buddhist centre about to begin an hour-long silent meditation.

Such spiritual practices may seem a world away from biomedical research, with its focus on molecular processes and repeatable results. Yet just up the coast, at the University of California, San Francisco (UCSF), a team led by a Nobel Prize-winning biochemist is charging into territory where few mainstream scientists would dare to tread. Whereas Western biomedicine has traditionally shunned the study of personal experiences and emotions in relation to physical health, these scientists are placing state of mind at the centre of their work. They are engaged in serious studies hinting that meditation might – as Eastern traditions have long claimed – slow aging and lengthen life.

Elizabeth Blackburn has always been fascinated by how life works. Born in 1948, she grew up by the sea in a remote town in Tasmania, Australia, collecting ants from her garden and jellyfish from the beach. When she began her scientific career, she moved on to dissecting living systems molecule by molecule.

Working with biologist Joe Gall at Yale in the 1970s, Blackburn sequenced the chromosome tips of a single-celled freshwater creature called Tetrahymena (“pond scum”, as she describes it) and discovered a repeating DNA motif that acts as a protective cap. The caps, dubbed telomeres, were subsequently found on human chromosomes too. They shield the ends of our chromosomes each time our cells divide and the DNA is copied, but they wear down with each division. In the 1980s, working with graduate student Carol Greider at the University of California, Berkeley, Blackburn discovered an enzyme called telomerase that can protect and rebuild telomeres. Even so, our telomeres dwindle over time. And when they get too short, our cells start to malfunction and lose their ability to divide – a phenomenon that is now recognized as a key process in aging. This work ultimately won Blackburn the Nobel Prize in Physiology or Medicine.

In 2000, she received a visit that changed the course of her research. The caller was Elissa Epel, a postdoc from UCSF’s psychiatry department. Psychiatrists and biochemists don’t usually have much to talk about, but Epel was interested in the damage done to the body by chronic stress, and she had a radical proposal.

Epel, now director of the Aging, Metabolism and Emotion Center at UCSF, has a long-standing interest in how the mind and body relate. Her work, she says, is influenced by the holistic health guru Deepak Chopra, and the pioneering biologist Hans Selye, who first described in the 1930s how stressed rats can become chronically ill. “Every stress leaves an indelible scar, and the organism pays for its survival after a stressful situation by becoming a little older,” Selye said.

Back in 2000, Epel wanted to find that scar. “I was interested in the idea that if we look deep within cells we might be able to measure the wear and tear of stress and daily life,” she says. After reading about Blackburn’s work on aging, she wondered if telomeres might fit the bill.

With some trepidation, she asked Blackburn for help with a study of mothers going through one of the most stressful situations that she could think of – caring for a chronically ill child. Epel’s plan was to ask the women how stressed they felt, then look for a relationship between their state of mind and the state of their telomeres. Collaborators at the University of Utah would measure telomere length, while Blackburn’s team would measure levels of telomerase.

Blackburn’s research until this point had involved elegant, precisely controlled experiments in the lab. Epel’s work, on the other hand, was on real, complicated people living real, complicated lives. “It was another world as far as I was concerned,” says Blackburn. At first, she was doubtful that it would be possible to see any meaningful connection between stress and telomeres. Genes were seen as by far the most important factor determining telomere length, and the idea that it would be possible to measure environmental influences, let alone psychological ones, was highly controversial. But as a mother herself, Blackburn was drawn to the idea of studying the plight of these stressed women. “You can’t help but empathize.”

It took four years before they were finally ready to collect blood samples from 58 women; this was a small pilot study. To give the highest chance of a meaningful result, the women in the two groups – stressed mothers and controls – had to match as closely as possible, with similar ages, lifestyles and backgrounds. Epel recruited her subjects with meticulous care. Still, Blackburn says, she saw the trial as nothing more than a feasibility exercise. Right up until Epel called her and said, “You won’t believe it.”

The results were crystal clear. The more stressed the mothers said they were, the shorter their telomeres and the lower their levels of telomerase.

The most frazzled women in the study had telomeres that translated into an extra decade or so of aging compared to those who were least stressed, while their telomerase levels were halved. “I was thrilled,” says Blackburn. She and Epel had connected real lives and experiences to the molecular mechanics inside cells. It was the first indication that feeling stressed doesn’t just damage our health – it literally ages us.

When the paper finally was published, in the Proceedings of the National Academy of Sciences in December 2004, it sparked widespread press coverage as well as praise. Robert Sapolsky, a pioneering stress researcher at Stanford University and author of the bestselling Why Zebras Don’t Get Ulcers, described the collaboration as “a leap across a vast interdisciplinary canyon”. Mike Irwin, director of the Cousins Center for Psychoneuroimmunology at the University of California, Los Angeles, says it took a lot of courage for Epel to seek out Blackburn. “And a lot of courage for Liz [Blackburn] to say yes.”

Many telomere researchers were wary at first. They pointed out that the study was small, and questioned the accuracy of the telomere length test used. “This was a risky idea back then, and in some people’s eyes unlikely,” explains Epel. “Everyone is born with very different telomere lengths and to think that we can measure something psychological or behavioral, not genetic, and have that predict the length of our telomeres? This is really not where this field was 10 years ago.”

The paper triggered an explosion of research. Researchers have since linked perceived stress to shorter telomeres in healthy women as well as in Alzheimer’s caregivers, victims of domestic abuse and early-life trauma, and people with major depression and post-traumatic stress disorder. “Ten years on, there’s no question in my mind that the environment has some consequence on telomere length,” says, a clinician and geneticist at Johns Hopkins School of Medicine who studies telomere disorders.

There is also progress towards a mechanism. Lab studies show that the stress hormone cortisol reduces the activity of telomerase, while oxidative stress and inflammation – the physiological fallout of psychological stress – appear to erode telomeres directly.

This seems to have devastating consequences for our health. Age-related conditions from osteoarthritis, diabetes and obesity to heart disease, Alzheimer’s and stroke have all been linked to short telomeres.

In the decade since Blackburn and Epel’s original study, the idea that stress ages us by eroding our telomeres has also permeated popular culture. In addition to Blackburn’s many scientific accolades, she was named one of Time magazine’s “100 most influential people in the world” in 2007, and received a Good Housekeeping achievement award in 2011. A workaholic character played by Cameron Diaz even described the concept in the 2006 Hollywood film The Holiday. “It resonates,” says Blackburn.

But as evidence of the damage caused by dwindling telomeres piles up, she is embarking on a new question: how to protect them.

“Ten years ago, if you’d told me that I would be seriously thinking about meditation, I would have said one of us is loco,” she told the New York Times in 2007. Since her initial study with Epel, the pair have become involved in collaborations with teams around the world – as many as 50 or 60, Blackburn estimates, spinning in “wonderful directions”. Many of these focus on ways to protect telomeres from the effects of stress; trials suggest that exercise, eating healthily and social support all help. But one of the most effective interventions, apparently capable of slowing the erosion of telomeres – and perhaps even lengthening them again – is meditation.

So far the studies are small, but they all tentatively point in the same direction. In one ambitious project, Blackburn and her colleagues sent participants to meditate at the Shambhala mountain retreat in northern Colorado. Those who completed a three-month-long course had 30% higher levels of telomerase than a similar group on a waiting list. A pilot study of dementia caregivers, carried out with UCLA’s Irwin and published in 2013, found that volunteers who did an ancient chanting meditation called Kirtan Kriya, 12 minutes a day for eight weeks, had significantly higher telomerase activity than a control group who listened to relaxing music. And a collaboration with UCSF physician and self-help guru Dean Ornish, also published in 2013, found that men with low-risk prostate cancer who undertook comprehensive lifestyle changes, including meditation, kept their telomerase activity higher than similar men in a control group and had slightly longer telomeres after five years.