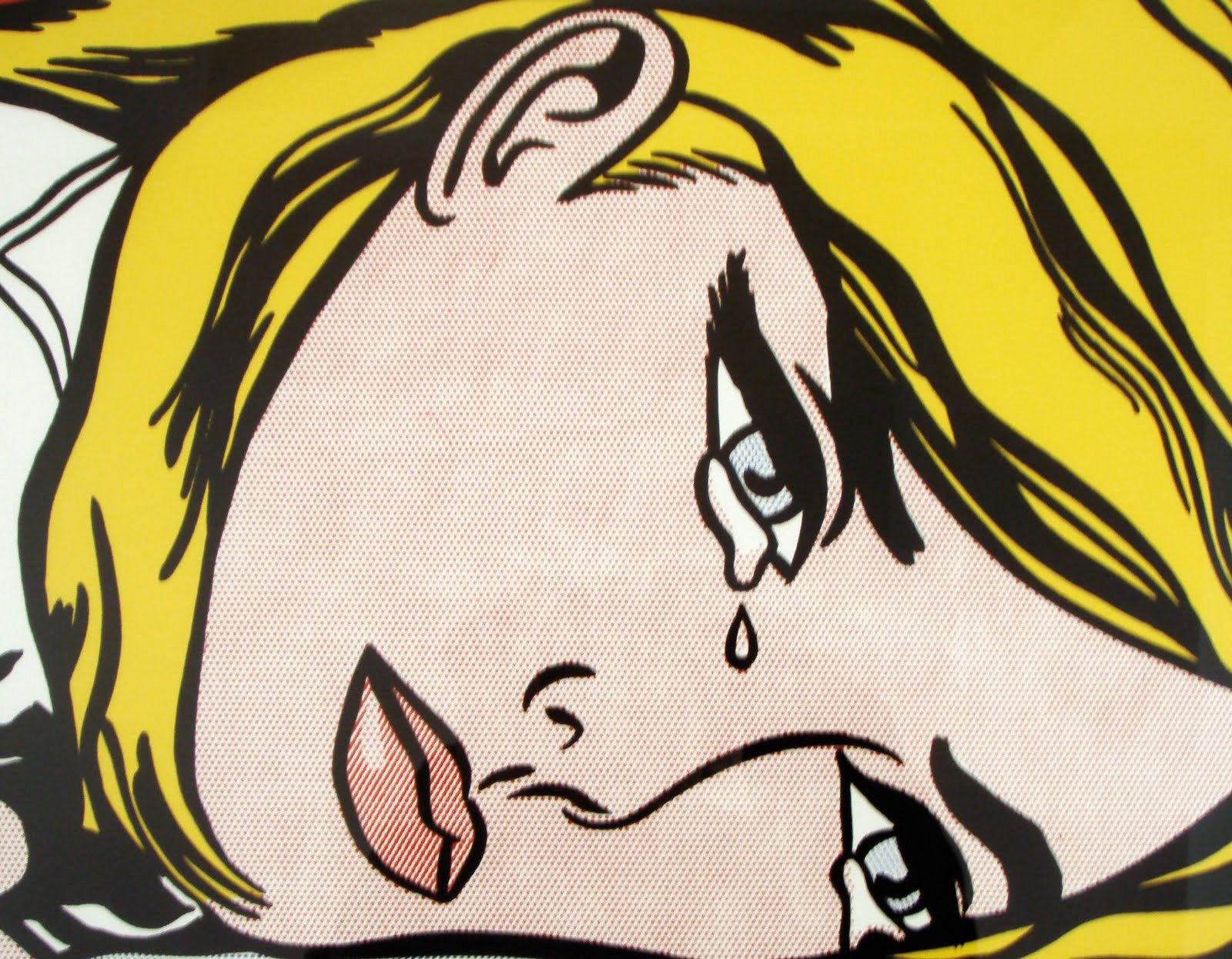 “Like someone is trying to slice my sternum open from the inside of my body.”

“It feels like a hollowness of air in your heart and chest, in a place that should be filled with fluid.”

“Feels like labor contractions in the heart—torn apart while in a vice grip at the same time.”

“Like being stabbed in the place between your heart and stomach.”

These are some of the responses I got when I asked a group of friends to tell me what it feels like to have a broken heart. As you have probably experienced yourself, you know it can be quite painful. Doctors have named it “Broken Heart Syndrome.” Before that diagnosis existed, people were going to the emergency room with broken hearts and being treated for a heart attack. The symptoms can be very similar, and agonizing.

I’ve had more than a few people ask me how meditation can help with the pains of a relationship ending. In my own experience, I’ve seen that it can help a lot. The main trick is learning to separate the emotional sensations in the body from the thoughts in the mind. Once you can do that, you are able to deconstruct the sensations and the thoughts into smaller more manageable pieces. That’s easier said than done, but with practice, you will find that it becomes automatic.

The first time I had a broken heart was shocking and unbearable. I was seventeen and had been dating this guy I thought was really cool. He read obscure literature, listened to obscure music, and shot heroin. I would ride the El train into the city to see him in the various one-bedroom apartments he shared with whomever would have him.

I was underage, so he would buy me beer. We would sit on the floor, smoke cigarettes, and seek mutual oblivion. We had been attempting a relationship for about a year when I, as he put it, “dropped the L-bomb.” He informed me that while he enjoyed my company, love was the last thing on his mind. Looking back, it was the last thing on my mind too. I had no clue how to love myself, let alone anybody else. But at that time all I knew was that I was being rejected and it hurt like hell. All the parts of me that believed I was unlovable and inadequate came to life in a big way. I cried all night at his place, cried all the way home on the El, and walked into the apartment I shared with my dad, puffy, red, and still crying. My dad thought someone had died, and I felt sure it was going to be me.

For days I could barely move. The tears were a torrential downpour. I couldn’t believe how much it physically hurt. My chest felt hollow and filled with cement at the same time. The ache was so intense that I thought maybe a broken heart could actually kill me. My brain wouldn’t shut up. Reminding me of how devastated I was, how “heart-broken” I was. Whenever I would start to feel better there would be a surge of mental talk retriggering the intense physical sensations. I took everything my mind said personally; I believed all of it.

I needed to make it stop. I started calling friends, asking what to do. Everyone told me hat I had a broken heart, and that the only thing to do was to wait it out. What no one told me was that suffering through a broken heart is totally optional. In addition, having a broken heart can be turbocharge your spiritual and emotional evolution.

After that first one,  my breakups became more and more dramatic. Each time a relationship ended, no mater how dysfunctional, I would lose it. “It” being any semblance of clarity and equanimity. I would stop eating, stop sleeping, roll up in a ball on the floor for hours, make really creepy shrines in honor of my lost love, go on two-month-long pill popping, black out binges, create musical soundtracks to keep me as miserable as possible, drink until I could no longer actually get drunk, have really embarrassing rebound relationships, and tell the story of my broken heart over and over and over again to anyone who would listen. These symptoms could go on for months. I started very seriously considering suicide. I was suffering more than I could bear. If the procedure in Eternal Sunshine of The Spotless Mind had been real, I would have signed on the dotted line.

It was around this time that I started to dip my toes into the meditation pool. Someone gave me the Pema Chödrön book, When Things Fall Apart. I began sitting for five minutes at a time, here and there. I noticed that there was a voice inside my head that wasn’t very nice. I didn’t yet understand that my body was full of sensations, many of them emotional. I felt the emotional pain in my chest and throat, but it was completely tangled up with my thoughts. After a while, those five minute sits every once in a while became 30 to 60 minutes every day, and that’s when my relationship with my mind and body changed dramatically.

About four years later I had a chance to try out my new skills on a broken heart. What a difference a daily practice makes. Was I sad that my relationship hadn’t worked out? Yes. Was there a lot of chatter in my mind about it? Yes. Did I experience unpleasant emotional sensations in my body? Yes. Did I suffer? No. Well, maybe a tiny bit, but we are talking about five minutes here and there. It was a huge difference. There was no pill popping or shrine building this time.

The night the breakup occurred I cried for a bit and meditated on the emotions in my chest and belly. Then I tried to get some sleep, but my mind was racing. It kept telling me all the things I could have done differently; all the things I should have said or not said. Over and over it replayed the final interactions with my now-absent lover. I would fall asleep and the mental talk would literally wake me up.

I did what I had been trained to do: mindfully attend to the mental talk with as much concentration, clarity, and equanimity as possible. I was amazed at how my brain created and recreated the problem and then tried to solve it. I was not asking my brain to do this (in fact, at moments when I lost my equanimity, I really wanted it to stop), but it kept going like a powerful computer, crunching the facts.

I also worked with the flow of the mental talk. It rose and fell in waves. It was was very much like being rocked by the ocean. It started to becoming soothing instead of uncomfortable. It was waking me up, but it was also putting me back to sleep.

By five a.m., when the talk woke me up for the fourth time, I laughed. It was hilarious and almost endearing or cute. Later I talked with some close friends about the situation, but my mind was relatively quiet. I had let it do its computing, without judging it or resisting it. I knew that eventually I would get some sleep, and that the chatter would stop when it was ready to. By allowing it, but not taking it personally or wallowing in it, I had a complete experience of it. It passed though me and was gone.

As for the physical sensations, I enjoyed working with them. Emotions in my body tell me that I’m alive. I am learning to let go of attachments to “pleasant” or “unpleasant,” and instead to explore sensation as sensation. Waves, vibration, heat, cold, contraction, expansion. When you mindfully contact the experience of a “hollow ache” or ‘physical exhaustion,” without the mental label of “broken heart,” it’s just sensation. The waves of mental talk and waves of emotions merged and I took the ride.

I got a lot out of that last broken heart. The emotional pain gave me direct access to some aspects of my consciousness that had been long buried. By fully allowing all my feeling and thoughts about the breakup to occur, I was able to heal much older wounds. I saw myself change very quickly during that time. I became more open, more available to others, less defensive, more alive. Really leaning into your meditation practice during tough times brings great rewards.

I think for a lot of us a broken heart is very romantic. We see it in movies, hear it on songs, revel in the drama of it. It can be addictive. We have an idea of what it is like when our heart is broken and we hold tight to that idea. Our neural pathways are programmed. This is what the end of a relationship should feel like. This is how I should behave. We don’t realize that there many ways of experiencing a breakup, not all of which include big blow outs and months of suffering.

For me it was a matter of life and death to find a new way of being broken hearted. Even if it’s not that dire for you, why not try a new experience? For that matter have a new experience of stubbing your toe or eating foods you don’t like. There is something to be learned in every experience if we bring mindfulness to it.

My relationship with the idea of a broken heart has changed.  I’ve watched the concept of a broken heart construct and deconstruct in my mind. I have felt the emotions move through my body and vanish. If I get stuck in mental talk or put a value on the sensations in my body—bam!—I have a broken heart. If I simply and openly observe what it happening, it’s just what’s happening, one moment to the next.

One big insight that I gained from my last broken heart is this: a broken heart is an open heart. This sounds a little cheesy, I know, but it was true for me. When I fully experienced the many facets of my heartbreak, I found expansive open space. Instead of becoming jaded and afraid to love again, I realized that within all that space was room for more love than I ever imagined.

I’m not excited about the prospect of going though another breakup. I hope I don’t have to, but I know for sure that my heart will be broken again. People I love will die. Natural disasters will occur. Wars will rage. I have a choice about how much I want to suffer and about how much I want to perpetuate suffering. I have all the tools I need to break open my heart and to face life openly and with love.