The Anarchist’s Guide to Mindfulness

In a world that is constantly vying for your attention, becoming selective with that attention is an act of rebellion; on a large enough scale, an act of revolution. Mindfulness, for all its support amongst various communities, is the antithesis of what they want. In this case, “they” is the market economy, they is the zeitgeist, they is pop culture. Meditation, in spite of its inherent holistic and ultimately positive nature, is an existential threat to the status quo. 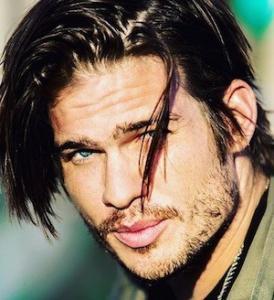 Far from being hyperbolic, this attitude is reflected in most of mainstream culture, whether it’s a chirp from your phone, a shiny roadside billboard, a garish commercial between programs, a synthesized song advocating rampant materialism, we are bombarded with attention-grabbing stimuli. We are encouraged into consumerism. We are prodded and reinforced. We are applauded. But we are never satisfied. And we aren’t supposed to be. And that’s where mindfulness enters into the equation.

According to a New York Times article published in 2016, “the average attention span has fallen to eight seconds, down from twelve in the year 2000.” It continued on to quote the CEO of Microsoft Satya Nadella as saying: “the true scarce commodity of the near future… will be human attention.” As anyone who’s been following the news as of late knows already, the average human attention space is shorter than a goldfish’s. It’s an absurd comparison for an absurd time.

To sit, to really sit, is an act of rebellion.

The reaction, however, is not one of despair. Again, that’s what they want. But they have had their time and we are bearing witness to the consequences. It’s time for a new movement. It’s time we reframe mindfulness and meditation in society, not as a fringe practice or luxury, but as an absolute necessity.

It’s no exaggeration to say this fight is life or death. We choose life. They choose death.

In time we too will reach our end, but not without living fully in the process. Meditation is not strictly reserved for the spiritual. Mindfulness is not reserved for the monk. Rather, they are tools afforded to every man and woman, regardless of religion, race, or creed.

In a society riddled with division, mindfulness provides a point of unity. Meditation provides a respite from the pushes and pulls that dominate post-modern existence. It provides both individuation and communion. It’s also one of the most radical things you can do.

Sit. Be still. They won’t like it—but you will.

W. T. Johnson is a writer and actor living in Los Angeles. He has appeared in various films and television programs including Men in Black III, Gossip Girl, Notorious, and On the Horizon. While attending college in New York, he wrote and edited for the collegiate newspaper, interned at the Village Voice, and worked for numerous authors. He also believes everybody has a voice and a story to share — and should.

2 thoughts on “The Anarchist’s Guide to Mindfulness”