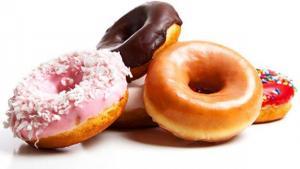 By Tom Jacobs for Business Insider

By now, you have probably read or heard about the benefits of mindfulness. So why haven’t you tried it? You may believe those advantages are too ephemeral (what does “inner peace” even mean?), or assume the process requires way too much work.

Newly published research belies both of those objections. It finds a minimal amount of mindfulness training — 12 minutes worth — can lead to immediate, tangible benefits, including reducing the likelihood you will opt to eat unhealthy food.

In the Journal of Personality and Social Psychology, Papies and her colleagues describe three experiments showing that mindfulness can curb the motivation to make choices we will later regret. For one of them, 114 university undergraduates in the Netherlands were approached as they were walking into the campus cafeteria.

One-third of them took a 12-minute long training course in mindful attention. Using a laptop computer, they viewed a series of photographs, which included images of both healthy and unhealthy food items. They were instructed “to simply observe all their responses” to the imagery, and specifically to notice “how they arise, and possibly dissipate, as passing mental states.”

Another third viewed the same set of images, but were asked to simply look at them “closely, and in a relaxed manner.” The final third did not see the photos. All rated their level of hunger as they entered the cafeteria.

While those who performed the mindfulness exercise consumed roughly the same number of calories as those who did not see the images, they “chose more salads and fewer snacks,” the researchers report. That was also true for those who viewed the images in a relaxed way, but only if they were on a diet.

“Mindful attention led to healthier choice patterns among all participants, regardless of their chronic dieting goal,” the researchers note.